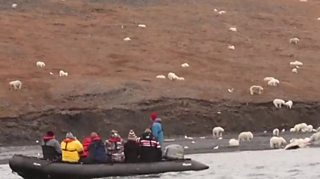 Hundreds of polar bears come together!

If you're a fan of nature programmes like Blue Planet and Wild Alaska, you'll know that polar bears generally live alone.

But a massive group of around 200 were spotted along this north-eastern coastline in Russia.

This is a huge national park in the Russian region of Chukotka, which has the biggest polar bear population in the world.

While the bears normally hang around by themselves, they came together to share a meal.

Take a look at the unusual sight! 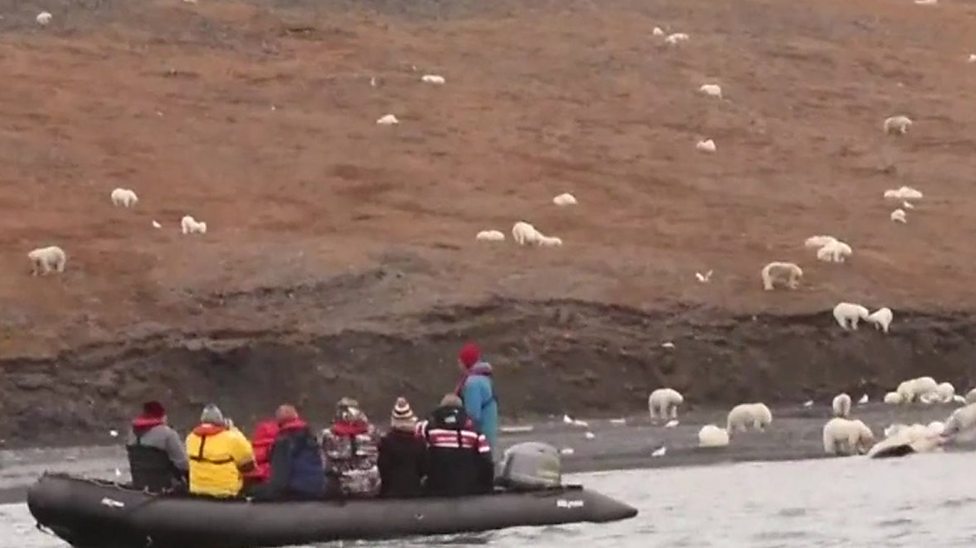 Hundreds of polar bears come together!