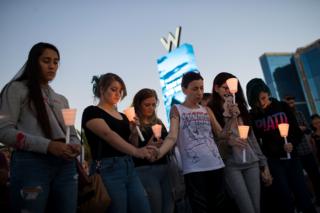 Vigils have been held to remember those who have died in a shooting attack in the American city, Las Vegas.

It's one of the US's most famous cities and many people from that country, and from the UK, go there on holiday.

On Sunday night, a man shot at people attending an open air music concert there.

At least 59 people have been killed and more than 500 people were injured.

Police quickly arrived at the scene and have confirmed that the gunman is dead.

The man has been identified as a local resident and police do not yet know the reason for the attack, although they have said he is not thought to be part of any terrorist groups.

Large parts of the city were locked down as police made sure people were safe. 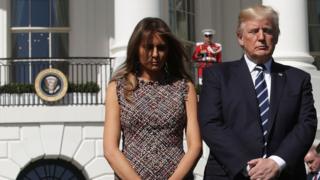 US President Donald Trump gave a statement at the White House, calling the shooting an "act of pure evil".

He described the response of emergency services as "courageous" and "miraculous", and said the speed with which they found the attacker helped save lives.

Mr Trump said that he will visit Las Vegas on Wednesday.