3 things you need to know from Theresa May's Florence speech 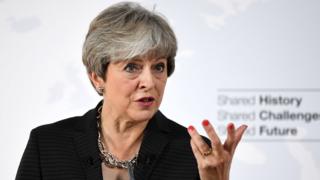 Getty Images
Theresa May has given an important speech in Italy

Theresa May has given an important speech about Brexit in Florence, Italy.

Before we take a look at the important things that she said, let's just remind ourselves what is happening with Brexit at the moment.

Where are we up to?

You will remember that on 23 June 2016, UK adults voted that they wanted to leave a special group of countries called the European Union (EU).

Nine months after this vote, on 29 March 2017, Theresa May officially announced that it was happening and the UK was on its way out.

This started a process giving the UK and the EU two years to decide what their relationship will be like, once the UK is no longer a member.

So, since then, politicians have been having many conversations about this. 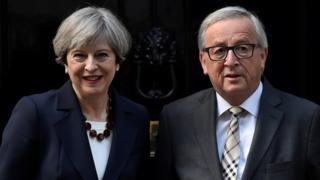 There are lots of things to discuss!

For example, the rules about how the UK and the EU will buy from and sell to each other; how laws will work in the future (the UK currently uses EU laws); what will happen to people from the EU living in the UK, and many more issues.

Discussions have been going on for a few months and it has proved difficult to get everybody to agree on things, which is one of the reasons that it is taking a long time.

To help keep things moving along, Theresa May has given a new speech in which she has suggested how the UK's relationship could work with the EU.

So what are the important things that she said?

Theresa May spoke a lot about how she wants the UK and the EU to keep working together once the UK has left the group.

"We want to be your strongest friend and partner," she said, highlighting that while the UK might be leaving the EU, it is not leaving the continent of Europe.

"It does not mean we are no longer a proud member of the family of European nations," she added.

One example of this is Mrs May wants the UK to work closely with the EU on safety and security.

She wants there to be a special agreement about this to ensure that everybody in the UK and the EU is kept safe - especially in light of some of the recent attacks that have happened in Europe.

At the moment, anyone living in the EU can go to live and work in another EU country if they wish.

So when the UK leaves, one of the main questions that people have asked is what will happen to EU citizens already living in the UK.

Will they have to move back to where they were born?

Theresa May talked about this in her speech. She said: "We want you to stay, we value you and we thank you for your contributions to our national life."

She added that this was "one of [her] first goals in this negotiation to ensure that you can carry on living your lives as before".

The Prime Minister announced that she thinks there should be a period of around two years after the official date that the UK leaves the group (29 March 2019) to help everyone prepare for the new arrangements.

No country has left the EU before, so everybody is going through this process for the first time. 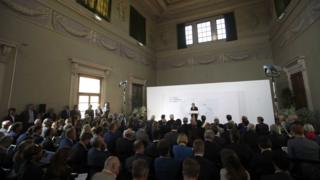 Theresa May said that having a settling-in period like this will give time to help people and businesses to adjust "in a smooth and orderly way".

She also promised that despite leaving, the UK will still pay for the things it has already signed up for in the EU budget.

She said no European country would lose out because the UK is leaving.

What have the EU said? 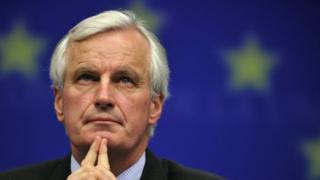 Michel Barnier represents the EU in the Brexit talks.

After Mrs May's speech Michel Barnier, the leader of the EU side in the talks, said:

1) He welcomed Mrs May's "constructive spirit" about how the UK and the EU can work together,

2) The EU would think about her suggestions on how to manage the time between the UK leaving the EU, and both sides having all the new arrangements in place.

3) Once agreement is reached on these things, then a discussion can be held on what the UK's partnership with the EU will be in the future.

The moment the UK officially announced it is leaving

What happened on referendum day?