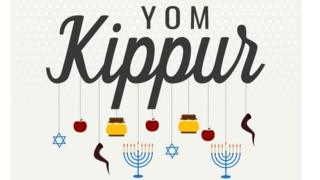 Yom Kippur is the most solemn day in the Jewish calendar.

It means Day of Atonement and is an extremely important event for many people.

But what does it mean and when is it exactly?

Find out more below and test your knowledge with our quiz.

Why do Sikhs celebrate Langar Week?

Easter traditions around the world

When is Yom Kippur?

It happens at the end of a 10-day period called the 'Days of Awe', which is started by the sound of a special instrument called a Shofar during Rosh Hashanah. A Shofar is made out of a ram's horn.

What is the meaning of Yom Kippur?

Yom Kippur is a day to reflect on the past year and ask for God's forgiveness for anything you might have done wrong.

This is because in the Jewish faith, on Yom Kippur, God decides what the next 12 months will be like for everyone.

God records his judgement of what's in store for people over the next year in the Book of Life. 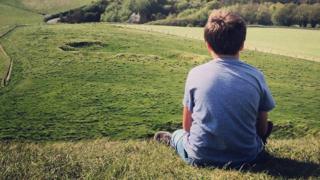 Getty Images
Yom Kippur is a day for reflection

The Book of Life is then closed and sealed up on Yom Kippur, and people believe that those who have properly said sorry for things they have done wrong over the last year will have a good new year ahead.

Yom Kippur is called the Day of Atonement because atonement is when you try to put right something that you might have done wrong. People will commit to not doing those things again over the coming year.

During the 10 days of the Days of Awe - which are also called The Days of Repentance - it is also a chance to put things right with anyone, if needed. For example, making up if you have had an argument with someone.

How do people mark Yom Kippur? 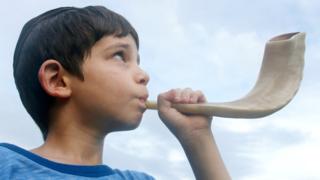 Getty Images
The Shofar, which is blown to mark the end of Yom Kippur, is one of the world's oldest known wind instruments

There are a few things that Jewish people do to mark Yom Kippur.

They do not eat or drink for 25 hours. This is called fasting.

So if your family is marking Yom Kippur, you might not fast yet yourself. 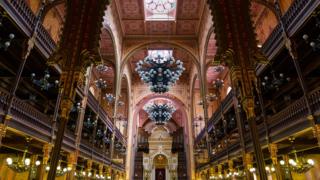 Getty Images
Budapest Great Synagogue the largest synagogue in Europe and one of the largest in the world.

Another way of marking Yom Kippur is to wear white as a symbol of purity.

People will also spend special time at the Synagogue, which is the name of the place where Jewish people worship.

On this day, there are five special services held there and people will spend the day praying for forgiveness.

The final service is called Neilah, when God's judgement on what the next year will be like for everyone is made final. At the end of Yom Kippur, the Shofar is blown one final time.

How do people celebrate New Year around the world?

VOTE: Which of these TV talent shows should win a Bafta?

Green Week: how to get your green badge