International Talk like a Pirate day: Where did pirates come from? 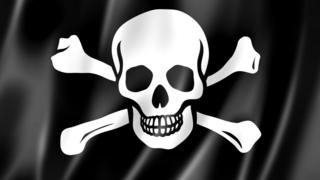 Ahoy me hearties! It's International 'Talk Like A Pirate Day' on 19 September. Ooo-arrr!

While you will probably have read about or watched fictional pirates in some of your favourite books and films, if you look back in history, treasure-stealing, sword-wielding, walk-the-plank pirates absolutely existed in real life.

They caused mayhem for navy fleets around the world as they plundered ships and caused chaos out on the waves.

More about pirates and piracy 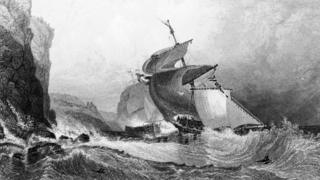 Getty Images
Pirates caused chaos on the seas all over the world, as they used to attack and steal navy and trade ships

The golden age for piracy was between 1680 and 1730, as many sailors found themselves out of a job and took to the seas as swashbuckling pirates.

During this time, some pirates found themselves becoming some of the most wanted outlaws in the world.

That was certainly true of these pirates below.

You may have heard this name in tales about pirates - Blackbeard. 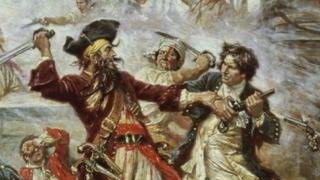 The notorious pirate carried out a reign of terror on the seas that lasted around two years.

He was originally born in Bristol as Edward Teach in 1680 and he went on to become one of the most feared pirates around American waters.

He had a crew of 400 men and they sailed in an enormous slave ship called Queen Anne's Revenge.

Blackbeard captured the ship when it was taking slaves to the Caribbean in 1717 because many of the crew were ill at the time, so they weren't able to fight them off.

His swashbuckling crew went on to capture many more ships and steal all of their goods. The Royal Navy could do very little to stop them because Blackbird actually had more ships in the area than the authorities. 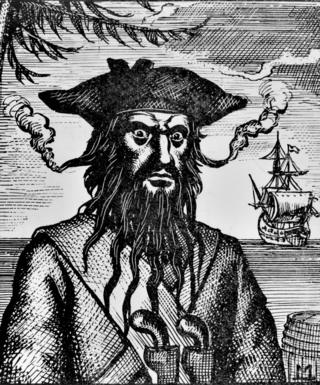 In May 1718, he managed to blockade Charles Town harbour in South Carolina, and the governor of Virginia issued a warrant for his arrest with a reward of £100 for his capture.

He was eventually captured and killed until November 1718.

Another pirate name you should know about is Captain Kidd.

It is thought he was born in Scotland's Greenock or the Dundee area in about 1645.

Funnily enough, he was actually appointed by the British authorities to help to deal with pirates - and then ended up becoming one himself! 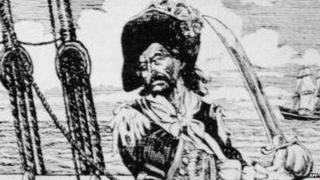 AFP
William 'Captain' Kidd was originally appointed to help tackle piracy - but ended up becoming a pirate himself!

He was a legal privateer in the 1690s, which was the name given to a captain of a ship who was allowed to attack enemy ships.

But Kidd ended up becoming an illegal pirate himself and was killed by the British in 1701.

He even tried to bribe the government with treasure to save himself, but it didn't work.

It is believed that he hid his treasure, so people have spent many years trying to find it - but so far, nobody has found it all.

This 'hidden treasure' actually inspired the author Robert Louis Stevenson when he was writing the famous book Treasure Island. 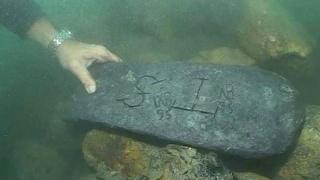 In May 2015, there was lots of excitement in Madagascar, which was an important place during the golden age of piracy, because of its location in the Indian Ocean along important trade routes.

Underwater explorers announced they'd discovered some of his loot - in the photo above.

They brought the 50kg silver bar to shore and it was presented to Madagascar's president.

This pirate was responsible for what ended up being the most profitable pirate raid in history. 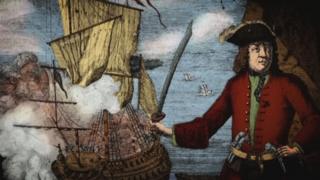 .
This pirate is known as one of the most important pirates that got away

This means that he stole the most amount in one go - so he's certainly worthy of a mention here.

He was actually recruited as the first mate on a ship, but he hijacked it and sailed it to Madagascar, where he got himself a crew and started his life as a pirate.

In September 1695, he captured an important trading ship called Ganj-i-Sawai, which was well-armed and was carrying more than £600,000 worth of precious metal and jewels. This would be worth more than £50 million today.

What's more, he got away! 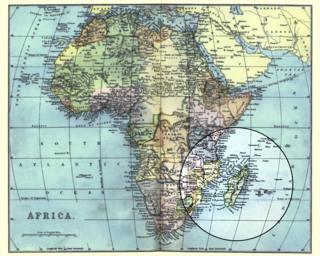 Getty Images
This map shows the location of Madagascar, to the the east of southern Africa

The authorities offered £1,000 for his capture and it actually led to the very first worldwide manhunt in recorded history.

But he was too clever and was never captured. Although there are rumours, no one actually knows where exactly he ended up.

Madame Cheng is thought to be one of the most successful pirates who ever lived, although not a lot is known about her.

She married a pirate called Cheng I, who became her husband. They started off as privateers, but when the rulers of Vietnam - who they worked for - were overthrown, they were no longer safe. 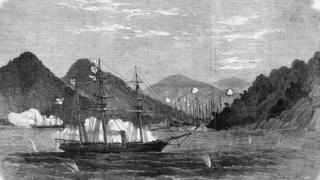 They joined with other Chinese pirates and made what was called a confederation - a special group of pirates who all worked together.

She managed to raise lots of money to keep the confederation going and help it to rule the waves, so she was very successful.

Given that women were banned from ships and pirate fleets across most of western history, the story of the female Chinese pirate Madame Cheng shows just what a big deal she was!

What can be done to stop modern pirates?