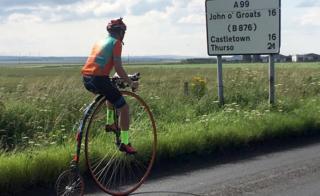 Teacher Richard Thoday might have broken a 133-year-old record for riding a penny farthing bike from Land's End to John O' Groats in the fastest time.

Mr Thoday uses his penny farthing to commute to his school to teach. He said he loves the reaction he gets from his pupils and people in the street.

But now, he has completed a much longer journey!

Which of these world records impresses you the most?

Guinness World Records will now have a look at the attempt before confirming if he's achieved it.

The previous record of five days and one hour was set in 1886 by famous Victorian teenager GP Mills.

Read on to find out about more unusual world records and test yourself with our true or false quiz! 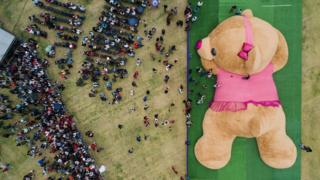 The Mexican town of Xonacatlan entered the Guinness Book of World Records with a giant teddy bear, measuring more than 20 metres long and weighing four tons.

The colossal stuffed animal named Xonita took three months to stitch together and is the biggest of its kind.

2. The most Big Macs eaten in a lifetime 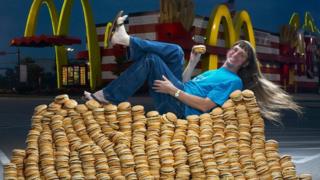 You might be a fan of a burger or two, but could you stomach an average of four a day?

This record was set by American Donald Gorske who has eaten a total of 28,788 Big Macs.

He typically eats fourteen each week, but he doesn't actually spend that much time in McDonald's restaurants. Instead, he buys the burgers in bulk and microwaves them at home.

In the last 44 years, there have been only eight days when he hasn't eaten one of the famous snacks.

3. Biggest jigsaw puzzle made of tents 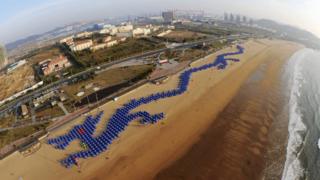 A total of 900 tents were used to make up this picture of a Chinese dragon on a beach in Qingdao, Shandong province in China.

From the sky it looks pretty impressive and the 2012 judges from the Guinness Book of World Record agreed, giving the team behind it the record for "the largest jigsaw made of tents".

4. Most slam-dunks by a parrot in a minute 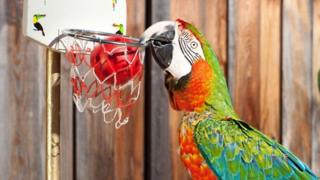 This is a pretty wacky record and unless you've got a pretty exceptional pet parrot, it's unlikely to be a record you can beat!

Zac the Macaw from San Jose in California managed to get 22 rubber balls through the hoop in just 60 seconds.

This isn't Zac's only record either. The year before he took the record for the most cans opened by a parrot in one minute, managing to get through 35.

5. Most wins in the Gurning World Championships 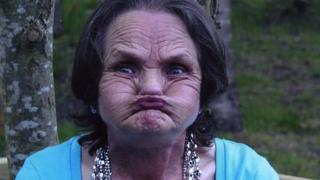 Anne Woods has won the competition for being the 'biggest gurner' at the Gurning World Championships a record 27 times between 1977 and 2010.

The odd-sounding competition is held at the Egremont Crab Fair in Cumbria every year.

It was established in 1267, which makes it one of the oldest fairs in the world. The winner is whoever can pull the ugliest face. 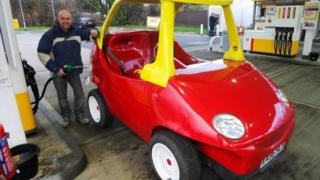 This record was created this year in honour of the Little Tykes yellow and red car that some of you may have in your garden shed or may have played with when you were younger.

You might remember hearing how John and Geoff Bitmead's created a special adult-sized version of the car.

Well, now the invention has also earned a Guinness World record for their 2.7-metre-long car!

If you cannot see the true or false quiz on this page, click here.