North Korea: What is going on, and why are some countries worried? 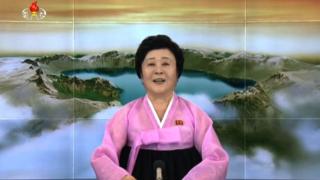 AFP/Getty Images
This North Korean Newsreader announced on TV that the country has carried out its most powerful nuclear test yet.

North Korea has wanted to make these powerful bombs, that can cause devastating damage, for a long time.

Back in 2013 there were reports that the country was carrying out nuclear tests, and as far back as the 1960s the country made clear it wanted to have nuclear weapons.

This was partly to show its military strength, but also to protect itself because it believes some countries want to attack it.

There are two key items involved in firing a nuclear weapon - a missile to travel to the target, and a weapon to cause damage.

There are concerns that North Korea is close to having missiles which one day might be able to hit targets in neighbouring countries, and possibly even some parts of the USA.

Experts don't think North Korea has any missiles that can reach the UK. 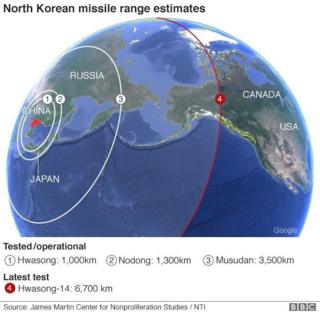 In August 2017, North Korea fired a missile over northern Japan for the first time. It then crashed into the sea without hurting anyone.

The country has also been testing weapons.

The size of the latest test carried out by North Korea was really big - equivalent to a 6.3 magnitude earthquake.

This has made people in neighbouring countries fear that war could break out in the region.

US President Donald Trump has been sending warships and submarines to South Korea, a country which America has supported for a long time, to try to get Kim Jong-un to stop his weapon-building plans.

But there's no sign that Kim is going to back down. 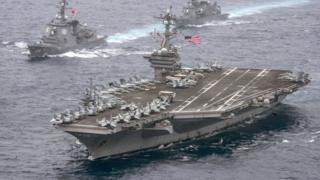 South Korea says it believes that North Korea is preparing more missile launches, and in response South Korea is strengthening its own missile defence system.

The US has helped them build the defence system, which involves smaller rockets destroying large weapons in the sky.

Japan is also concerned, with Japanese Prime Minister Shinzo Abe calling the action from North Korea a "serious" threat to his country.

There have been many arguments between the USA and North Korea in the past. The two countries, with the help of other nations, have always been able to avoid war even if they don't get along.

You can find out much more about North Korea below.

What do we know about North Korea? 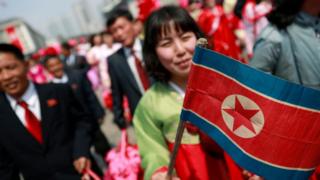 For decades, the Democratic People's Republic of Korea - more commonly known as North Korea - has been one of the world's most secretive countries.

Its government doesn't like people from outside the country going there and finding out what's going on.

So what do we know about it?

When was North Korea created? 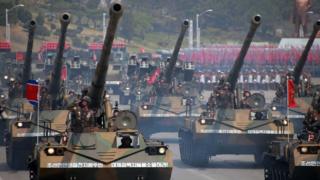 North Korea was formally created on 9 September 1948, following the end of the Second World War, along with another country called South Korea.

The political differences between the two rival states led to the outbreak of a horrific war in 1950, which lasted three years.

Since then, North Korea and South Korea have been enemies and don't get on to this day. 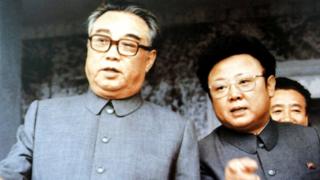 Since 1948, North Korea has been ruled by three men from the same family.

Kim Il-sung was the country's first supreme leader, who was in charge until his death in 1994.

Control passed next to his son Kim Jong-il, who held power for 17 years. 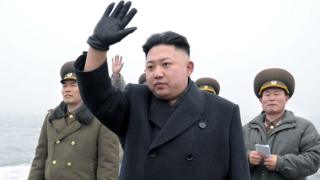 Around a million people gathered in the capital city, Pyongyang, to hear the announcement.

North Korea is home to more than 24 million people, who live under a form of communist rule, which strictly controls all areas of daily life.

People have to ask permission to travel around and it's difficult for visitors to enter the country too.

All TVs and radios are tuned to state channels and people caught listening to foreign broadcasts face harsh punishments. 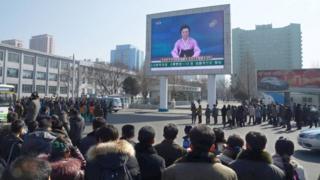 Most North Koreans are extremely poor with things like fridges, washing machines, and even bicycles, hard to come by.

Many people rely on aid agencies, such as the United Nations, to provide food because there is not enough in the country to eat.

However, North Koreans who demand more from their government, demand a change in leadership, or those that just try to escape, are brutally punished and sometimes killed.

An Amnesty International report estimates that hundreds of thousands of people have been put in prison and labour camps, because they have disagreed with the government. 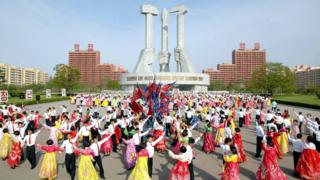 North Koreans seem to cheer and praise their leader at big public events but it's difficult to know the reasons for this because it's not possible to speak freely to people living there.

The North Korean Government says it's because Kim Jong-un is very popular with his people.

From an early age, North Koreans are taught that their leaders are like all-powerful gods.

But others argue that people could be cheering Kim because they are worried that they would get in serious trouble if they didn't.