Messages of support for Spain 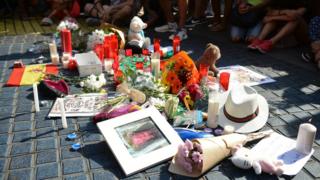 People have been showing their support for Spain after an attack took place in the Spanish city of Barcelona on Thursday 17 August.

Flowers have been left and candles lit in remembrance to the victims.

On Friday morning, a large crowd gathered in the city centre near the site of the attack and held a minute's silence.

Afterwards, the crowd chanted "No tenim por" which means, "We are not afraid". 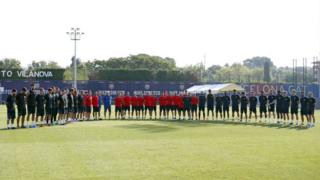 The city's famous football club, FC Barcelona, has said it was "deeply saddened" by the attack.

The players and staff also held a minute's silence before training.

Lionel Messi added: "There are many more of us who want to live in a world in peace, without hate."

Several famous buildings all over the world have lit up to show their support for the people of Spain. 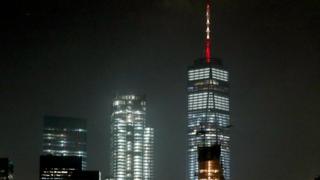 New York City's One World Trade centre lit up in the colours of Spain's flag, red and yellow.

In Paris, the capital city of France, the Eiffel Tower turned off its lights in support of Barcelona. 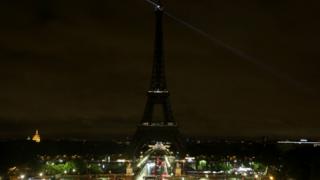 In the UK, Prime Minister Theresa May has said that her thoughts are with the victims and "The UK stands with Spain against terror."

Flags are being lowered across Europe, including these ones flying at half mast outside the Spanish Embassy in London. 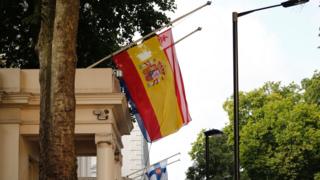 Barcelona: What has happened in Spain?

Why do we hold a minute's silence?