What is happening in Sierra Leone? 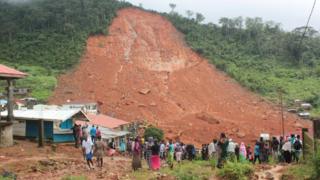 Hundreds of people have been killed after a mudslide near to the capital city of Sierra Leone, which is a country in West Africa.

Early on Monday morning, a hill near Freetown collapsed after heavy rain, burying many houses.

There has also been a lot of flooding, which has swept many more homes away.

A BBC reporter said that lots of people may have been asleep when the mudslide happened.

So far, almost 400 people have lost their lives and at least 600 more are still missing.

Many have been left homeless after their houses were destroyed in the tragedy. 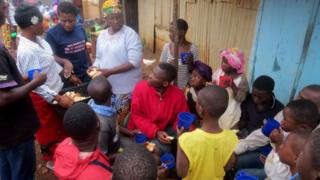 Sierra Leone's president said the country would need "urgent support" to recover from what has happened.

The emergency services are working very hard to try to find people who are still missing.

But because of the floods and the damage, it is hard to get equipment and helpers to where they are needed. 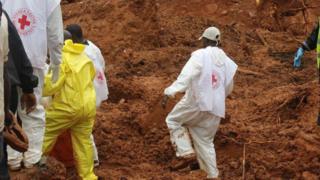 They are also working hard to try to stop any outbreaks of diseases, like cholera, which are spread in dirty water.

It is not unusual for flooding to be a problem in the country, with rain often affecting the area around Freetown.

But Sierra Leone is one of the poorest countries in the world, so it is difficult to cope when terrible events like this happen. That's partly because there isn't enough money to deal with the situation. 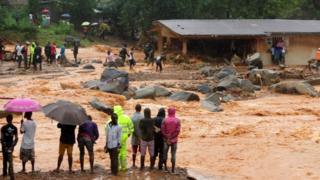 Also, a lot of homes are not built properly, so when there is bad flooding, these houses can be damaged and swept away, which leaves people with nowhere to live.

The president says everybody needs "to stand by each other and to help one another", as the country recovers from what has happened.