South American solar eclipse: Everything you need to know 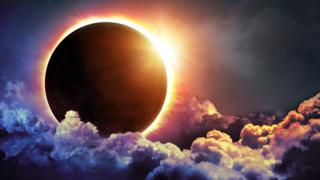 There's going to be a total solar eclipse on Tuesday as the Moon passes between the Earth and the Sun.

This will be the first total solar eclipse since August 2017, when millions of people in the United States were able to see the natural phenomenon for themselves.

However, this time the eclipse will not be seen in the US, UK or anywhere else in the northern half of the world.

The best place to see the eclipse will be in South American countries including Chile or Argentina.

Read on to find out everything you need to know about this amazing event.

Amazing photos of the sky at night

What is a solar eclipse?

A solar eclipse is when the Moon moves between the Sun and the Earth, so it blocks the Sun's light. This casts a shadow over part of the Earth.

The area on the Earth where the shadow directly falls, is the point at which people will be able to see a total solar eclipse.

This is because the Moon will be completely blocking the sun's light here, so it will fall dark for a short time just like it's night time - even if it is the middle of the day!

How does it affect animals?

Total solar eclipses can be confusing for animals, because they think that it is night time

When the Moon is directly in front of the Sun and covers it completely, people will see details of the Sun's atmosphere, which you can't usually see, glowing around the edge of the Moon.

This is one of the reasons that a total solar eclipse is such a spectacular sight.

As the Moon moves, the shadow it casts moves across the Earth. 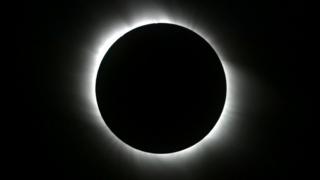 The route that this shadow takes is called the path of totality. Anyone watching the eclipse from an area that is on this path of totality will be able to see a total solar eclipse.

Outside of this area, you can still see the Moon blocking the Sun and casting a shadow, but it will only be blocking part of the Sun. So anyone in these areas will only be able to see a partial social eclipse.

This will look a bit like the Moon is 'taking a small bite' out of the sun!

When is the 2019 South American Total Solar Eclipse? 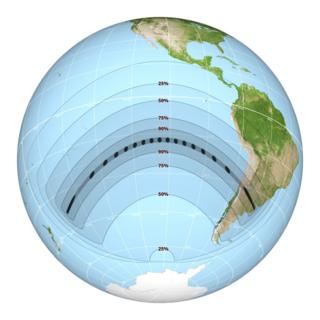 This rare event will take place on Tuesday 2 July shortly after 4.30pm in South America and just after 8.30pm UK time.

The Moon will first start to cover the Sun above the Pacific Ocean at 12.55pm.

When the Moon fully covers the Sun, it's called totality and that will be seen first over Oeno Island, which is a British territory in the South Pacific Ocean.

The first place in South America to see totality will be near La Serena in Chile.

How long will it last? 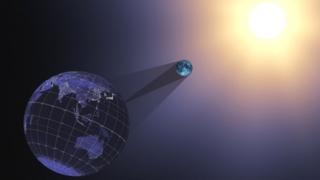 It depends on the eclipse, but generally during a total eclipse, the Moon will only block the Sun's light for a couple of minutes.

The upcoming eclipse might be particularly spectacular for people in South America, as it's happening right before sunset. The peak of the eclipse, the totality, will last for around 2 minutes.

When will we see a solar eclipse in the UK? 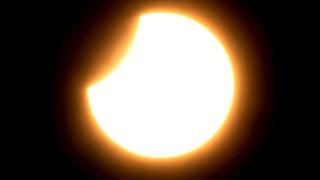 As the UK isn't on the path of the eclipse, in short, we will see nothing this time. It will be a regular afternoon here in Britain.

The next really good eclipse that we will be able to see in the UK will be on 12 August 2026, when there will be a very large partial eclipse across Britain, where 96% of the sun will be covered by the moon if you're watching from Cornwall and 91% if you're far north in say Aberdeen.

The next total eclipse visible in the UK is not until 23 September 2090.

How can you watch a solar eclipse safely? 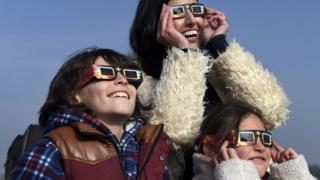 If you want to watch a solar eclipse you may have to travel abroad, unless you wait until 2026 here in the UK. However, wherever you go to watch an eclipse you must do it safely:

In order to watch an eclipse happening, you will need special glasses. These are specially darkened and filtered to protect your eyes.

Alternatively, you can use a special pinhole camera, which you can make easily at home.

Make sure that you are standing as far away from any artificial light - like bright houses or street lamps - as possible, as the darker it is where you are, the better your view will be.