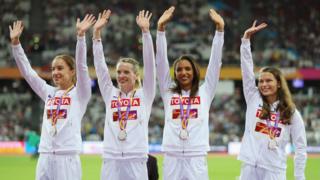 Britain's 4x400 metres women won a brilliant silver, in an intense race where they were being trailed closely by Poland. 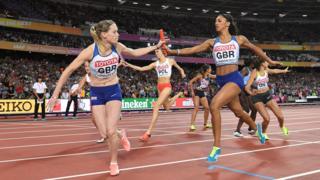 The relay team of Zoey Clark, Laviai Nielsen, Eilidh Doyle and Emily Diamond seized their opportunity for a medal when reigning champions Jamaica, were struck with injury on the second leg. 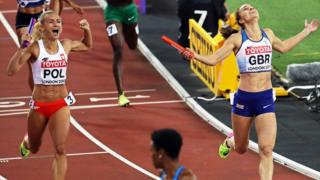 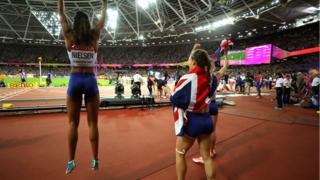 Matthew Hudson-Smith, Dwayne Cowan, Rabah Yousif and Martyn Rooney were cheered on by the women's team as they ran a great race. 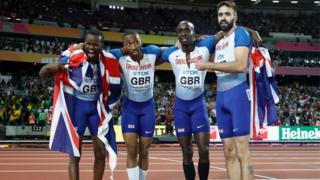 There was no medal for Laura Muir though, who finished outside the medals in the 5,000m.

UK Sport had set Great Britain a target of winning six to eight medals at the championships but Mo Farah was the only athlete to win an individual medal.

Great Britain did narrowly miss out on more medals though, coming in fourth place, fives times. 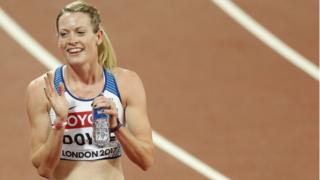 British team skipper Doyle said: "If you look at the team as a whole, we've performed really well. We might have just made the medal target but sometimes that's irrelevant.

"Look at the bigger picture and I'm super proud of this team."