It feels like only yesterday that the football season came to an end and Chelsea lifted the trophy as Premier League champions.

But no, the Premier League is back!

And what's even more special is it is celebrating its 25th anniversary season.

Over the next few months, there will be referees, red cards, transfers, tackles, fouls and free kicks, and more matches than you can shake a corner flag at.

But if you've not followed the Premier League before, here is everything you need to know to understand what goes on…

What is the Premier League?

It is an English competition, but there are also teams from Wales included.

The teams in the Premier League are some of the best football teams in the world because the standard of football is so high here.

All of the teams play each other across the football season to see who will come out on top and be crowned the champions of the group - and the best team in English football. 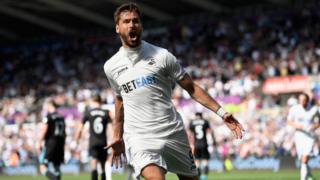 The Premier League is a group of 20 of the best football teams from England and Wales.

Scotland and Northern Ireland have their own football competitions.

How is it decided who wins?

The winners of the Premier League each season are decided in a pretty straightforward way.

Every team in the group plays each other twice across the season - once at each team's ground, so it's fair.

Each team will play a total of 38 matches.

If a team wins a match, it gets 3 points. If it's a draw, both teams get 1 point. If a team loses, they won't get any points.

Teams try to get as many points as they can throughout the season by winning as many matches as they can.

At the end of the season, the team with the most points at the top of the Premier League table will win.

It is usually the same few names that finish towards the top as these extremely wealthy football clubs often have the best players in the world.

However, sometimes there can be a real surprise, like when Leicester City won two years ago, which was very unexpected!

What happens if it's a draw on points?

If two teams are on the same number of points, another measurement is used to decide who comes out on top. This is called goal difference.

This is why it is not just about winning. It is also really important that teams score as many goals as they can in their matches.

If two teams have the same number of points AND the same goal difference, it will come down to who has scored the most goals. If that is the same, the teams will be awarded the same position in the table. 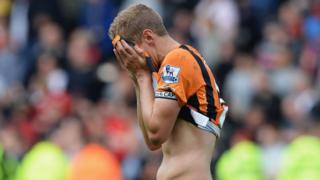 Getty Images
Players and fans aren't normally very happy about being relegated
What if a team doesn't get enough points by the end of the season?

Just as the team with the most points becomes the winner of the Premier League, the teams with the least points find themselves at the bottom of the table.

At the end of each football season, three Premier League teams who haven't done well enough will be dropped down into the competition below, which is called the Championship. This is called being relegated.

They will be replaced by three Championship teams who did really well that season, who will get to move up to the Premier League. This is called being promoted.

If a team is relegated, it will play in the competition below for the next season. It will have to spend that season fighting to win promotion to get back up into the Premier League for the following year, which isn't easy.

Is there a prize for second place?

Of course, the ultimate goal is to win the Premier League, but for the teams who finish second, third and fourth, all is not lost.

That's because the teams who finish the season in the top four spots earn themselves a place in another competition called the Champions League (not to be confused with the Championship, which is the competition beneath the Premier League!).

The Champions League is a competition for the best football teams in Europe, so coming in the top four of the Premier League gives the team a chance to play in the most important competition in European football.

The Champions League competition is played on Tuesday and Wednesday, while the Premier League is mostly played on Saturday and Sunday. This means teams playing in both competitions have to play lots more games than some other clubs. 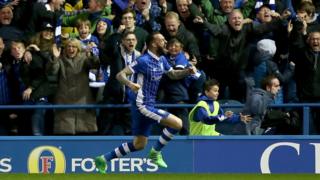 The Premier League is the best of the best.

As mentioned earlier, beneath the Premier League is the Championship.

Beneath that is League 1, then League 2, then the National League.

There are many, many more leagues that continue down from there but it would take a long time to list them all, as there are hundreds of leagues and divisions in the English football league system. These go right down to divisions in very specific areas of the country where teams can compete at local grounds.

In theory, any team in the country playing in any of these leagues could work their way up to the Premier League, but it would take many years for them to do this.