Where is Guam and why is North Korea targeting it? 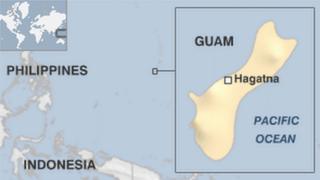 Guam is a tiny island in the Western Pacific Ocean. The island was originally home to the Chamorro people who are believed to have settled there 4,000 years ago. 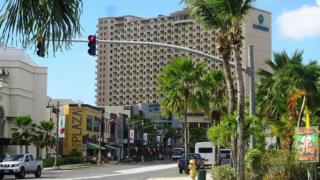 AFP
Guam has a diverse population, including indigenous Chamorro, a people of mixed Mirconesian, Spanish and Filipino descent

Why is it American?

In 1668, Spain took control of the island until the end of the Spanish American war. After that it belonged to the Americans. Then in 1941, during the second world war, the island was invaded by Japanese forces. But in 1944, it was handed back to the US to rule. There are more than 184,000 people and 3,831 military troops living on the island. Everyone born there are American citizens. 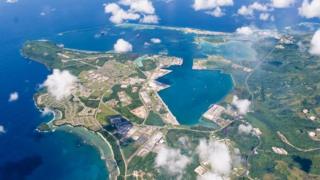 Reuters
The US military has various facilities on the island

The US military has a naval base, an air force base and a military hospital here. It's one of the most important bases in the pacific. Guam is also only 3,403km away from North Korea's capital Pynognang. North Korea say they have medium and long range missiles that can reach this island. The country's not happy with the US President, Donald Trump. He wants North Korea's leader, Kim Jong-Un to stop building weapons. There have been lots of arguments between the two countries, but things have always worked out to avoid a war in the past.

Who are the top Trumps?