Bland, Dull and Boring Day: What's it all about? 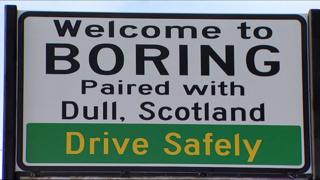 One day this week is really boring, very dull and incredibly bland - but it has nothing to do with having nothing to do.

Bland, Dull and Boring Day in fact celebrates the unofficial joining together of three places - the area of Bland Shire in Australia, the village of Dull in Scotland, and the town of Boring in Oregon, US!

It all started when Dull in Scotland made a link with Boring in Oregon back in 2012.

It put up a big sign announcing this in 2013, which became a big tourist attraction - and on 9 August, Dull & Boring Day was born!

Bland was included too when the three places informally named themselves the League of Extraordinary Communities - making it Bland, Dull & Boring Day. 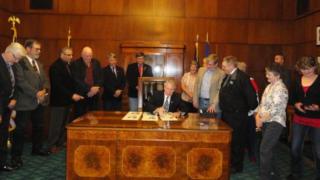 The areas cannot officially be twinned due to having very different population sizes. (Read below to find out what it means for towns to be officially twinned.)

Back in 2013, Mayor of Bland Shire Neil Pokoney said: "Dull and Boring basically have a tourism relationship. We heard about it and thought it would be even better if it became Bland, Dull and Boring."

Will Ordinary in Virginia in the US be next to join this special group? Only time will tell! 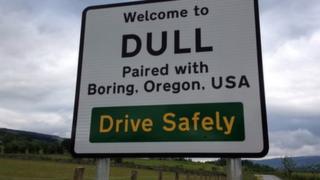 Dull actually celebrates the partnership in October each year and was the first place to put up a sign
What is a twin town?

The idea of twinning towns and joining them together in a special partnership is to encourage tourism by helping people to experience new cultures and bring them closer to places elsewhere in the world.

It started after World War Two as a way to rebuild relationships between France, Germany and the UK. 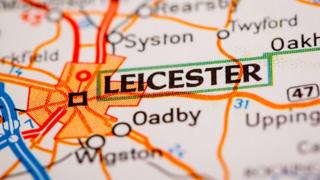 Getty Images
Leicester is twinned with Krefeld in Germany

How much twin towns get involved with each other completely depends on the town.

For example, the fire service in Leicester has played football against Krefeld in Germany's fire service every year since 1973!

And in the 1990s, Nottingham asked Karlsruhe for advice with helping to build its tram network, because the German town had such good trams. Experts came from Germany to visit Nottingham and helped.

The most Dull and Boring story on Newsround?

How to beat boredom in the car