The Women's Rugby World Cup kicks off tomorrow in Ireland.

The England team will be working hard to retain the cup, which they won in 2014.

But there are going to be some changes to the way women's rugby is funded in England.

She went to meet players to find out more about the changes.

What is the problem? 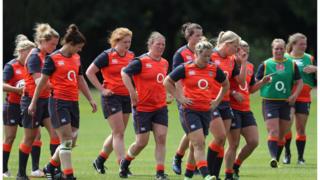 At the moment England's women's rugby teams are professionals, which means they get paid to play.

But the organisation in charge of rugby in England, the RFU, are changing the way they pay England's players.

In the future, they say they will only pay the women who play the version of the game with seven players, rather than the traditional, 15-a-side version.

The 15-a-side game is the version played in the World Cup. That means, after the World Cup finishes, even if England win, their players will no longer be paid to play this version of the sport.

The England men's teams will continue to be paid for both sevens and 15s.

The RFU have defended their decision and have said that many of the players in the 15s will move to the sevens and continue to be paid.

What do players think? 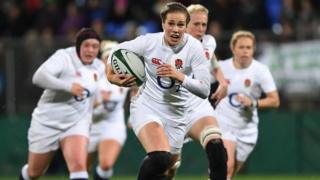 Emily Scarratt, vice captain of the England team told Newsround that she expects that the 15s contracts will be renewed again in the future and said: "I think it's really important that girls can aspire to be a professional rugby player. I never had that opportunity when I was growing up."

But Maggie Alphonsi was England's captain during their World Cup victory in 2014 and thinks the changes are bad news.

She told Newsround: "As a former player I'm disappointed. I would like the RFU to invest in full time professional contracts for both sevens and 15s... with further investment, great success can come from that."

Men get more prize money than women in 30% of sports

Why more girls are getting involved in rugby