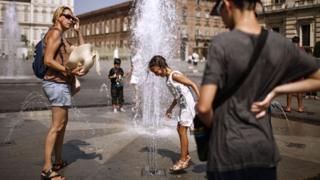 Areas in Europe have been experiencing their most extreme temperatures in 10 years.

Highs of 44 Celsius have been recorded in places such as Italy and Albania.

Many countries have issued health warnings advising people to stay indoors and drink plenty of water. 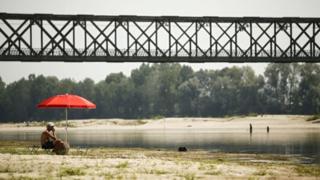 Getty Images
Italy has experienced bad drought due to the unseasonably high weather, leaving many rivers like this very low.

The baking heat in one of the worst affected countries, Italy, has led to forest fires and has left some regions experiencing drought.

Rome, for example had a high of 43C which is 10C higher than the average for this time of the year.

What does Celsius mean?

Many people have been taken to hospital with heat related illnesses from the extreme weather. 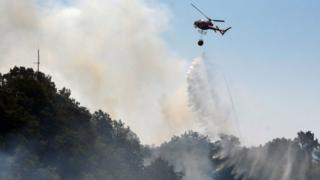 Albania has been suffering in the heat and wild fires have swept some areas. The Albanian government has even formally asked for help from the European Union.

Even countries in Northern Europe like Poland have been feeling the heat.

Experts think the high temperatures will last at least until Monday.