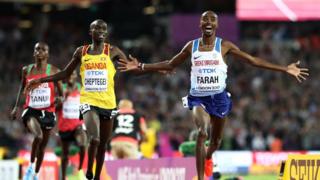 Mo Farah has once again shown he is a force to be reckoned with after winning his 3rd world 10,000 metres gold in a row.

The Somali born British athlete fought hard against a strong field and even came close to falling over twice in the exciting race.

But in his usual style, he pulled away on the final stretch to take home the gold.

With his retirement edging closer, Mo will be working hard to end on a high. 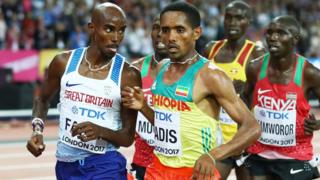 Getty Images
Mo didn't have an easy race but said after that "Anything is possible in life if you train hard."

In second place was Uganda's Joshua Cheptegei and Kenyan, Paul Tanui in third.

Both put huge pressure on Mo throughout the race and showed they were serious competition to the British champion. 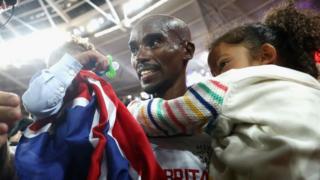 Getty Images
A relaxed Mo hanging out with two of his children after his 10,000 metre victory

Mo will no doubt be chuffed with the result and be hungry for more gold medals before he hangs up his spikes.

Bolt to run his last race at London 2017