What is a tardigrade and can it survive almost anything? 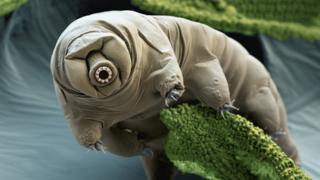 EYE OF SCIENCE/SCIENCE PHOTO LIBRARY
This is a tardigrade. It looks almost unreal

A new study has revealed how the tardigrade could survive almost any cosmic disaster on the planet.

So what's so special about it and how do other creatures survive extreme conditions?

Sometimes called a water bear, the tardigrade is a tiny animal.

It measures only a millimetre or less, and is more closely related to worms than insects.

However, it's believed to be the toughest creature on Earth.

You can often find them in moss or ponds, and they change their bodies to survive in different conditions.

If it's too dry, the clever creatures produce proteins to replace the water that they're missing.

This means they can survive without water for years! 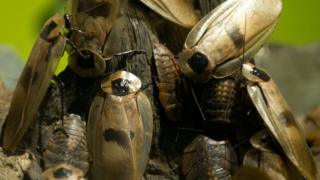 People often think that these critters are the toughest animals around.

The cockroach doesn't beat the tardigrade, but it can still hold its breath for up to 40 minutes.

It can also go for about a month without food, two weeks without water and a week without its head!

That's because it doesn't use its mouth to breathe - it gets oxygen through tiny holes on its body. 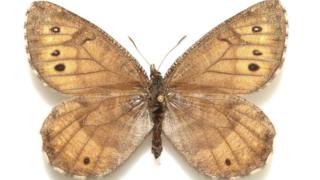 Andy Warren / Florida Museum of Natural History
The Oeneis Tanana, a new species of butterfly that scientists believe can only be found in Alaska

This new species of butterfly isn't as tough as the tardigrade, but it can survive the freezing cold winter in Alaska.

It produces a substance that stops its blood from freezing while it hibernates - a bit like the antifreeze liquid that's used to stop car windscreens getting icy.

It's not the only animal to do this - five species of frog are known to freeze during winter whilst they hibernate, but they don't die.

And some plants, like species of cushion plants in Northern India, contain an antifreeze-like substance to survive in cold weather too. 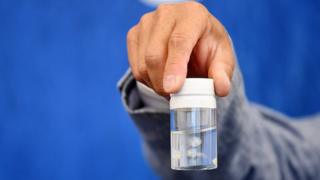 Ian Gavan/Getty Images
Can you spot the tiny immortal jellyfish?

These little jellyfish, called immortal jellyfish, are found all over the world.

They measure up to 4.5 millimetres when they reach adulthood. But instead of dying, they turn back into the form they had as a young jellyfish.

They retract their tentacles, their bodies get smaller and they sink to the bottom of the ocean to begin the cycle of growth and reproduction again.

Of course, immortal jellyfish might not really live forever - they can still catch diseases and be eaten by fish!

Check out the 300-year-old deep-sea worms