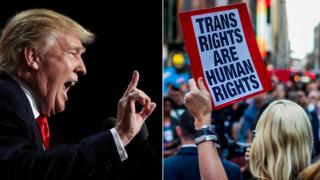 On Tuesday, President Trump's ban on transgender people in the United States army was approved by the Supreme Court.

The Supreme Court has allowed the ban to happen, temporarily, while it faces legal challenges in lower courts in the United States government.

Recent figures published by the PALM Center suggest that there are nearly 9,000 transgender people serving in the United States army currently.

President Trump has said this ban is based on financial reasons, and not prejudice against people who are transgender.

But many human rights and LGBT activists disagree.

What does it mean when the Supreme Court approves the ban?

It's a very confusing situation - even lots of adults find it hard to understand!

Basically, President Trump announced the ban on transgender people joining or being a part of the US army in 2017.

This would mean that transgender people who are already in the army would need to leave their jobs.

When President Trump first announced this ban, it faced a lot of legal challenges from human rights campaigners.

Our military must be focused on decisive and overwhelming victory and cannot be burdened with the tremendous medical costs and disruption that transgender in the military would entail.

These legal challenges prevented the ban from happening straight away.

Now, a group of nine judges, who make up a body called the Supreme Court, have voted on the transgender ban.

The judges voted, and 5 out of the 4 decided that the ban should be put in place. 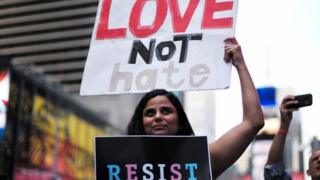 This is not the final say on whether the ban will be here to stay.

It just means that it will happen while it faces more legal challenges in other US courts.

While many Americans support the ban, there are lots of people who disagree with it.

As a military veteran and transgender American, I am heartbroken. This is a hateful and cowardly policy based on the terrible reasoning of a White House that has spent the past two years constantly seeking to harm transgender people. There is no excuse for this.

What does transgender mean?

According to the charity Stonewall, transgender is a word that describes people whose gender is not the same as, or does not sit comfortably with, the sex they were born as.

For example, a transgender man would have been described as girl at birth but lives as a male. 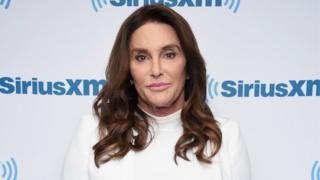 A transgender woman would be described as a boy at birth but lives as a female.

Transgender people often find it important to appear to others how they feel inside.

This can involve dressing in certain clothes or asking to be described in a certain way.

Some people choose to have medical procedures to alter their appearance.

"Not all trans people want or are able to have this [medical treatment]," say Stonewall.

This medication comes at a cost and healthcare isn't free in America.

Why did President Trump make this decision? 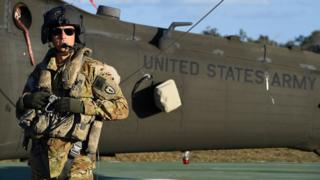 Many transgender people are currently serving in the US military.

Thanks to a rule made by previous president Barack Obama, the US government was willing to pay their medical costs.

President Trump thinks that the US government should not be responsible for this and the money should be spent on something else. 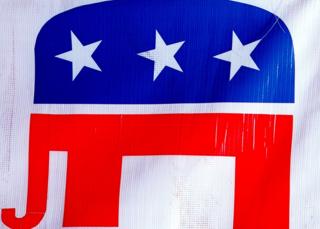 However, the president's political party has previously campaigned against rights for transgender people.

During the election in 2016, the party had two policies which clearly opposed laws in favour of transgender people.

One law allowing people to use certain public toilets was described as "illegal and dangerous". 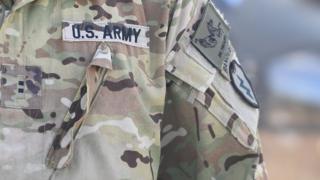 The US military spends $6.2 billion (£4.7 billion) on healthcare for people in the army, navy, air force and marines a year.

A research company in America believes that only 0.13% of that money is spent on transgender service personnel - that's $8.4 million (£6.4 million).

But research group the Palm Center suggests that the figure is more like $2.2 million a year.

How will people be affected? 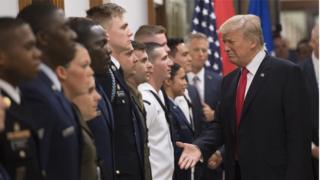 At the moment, it's not clear how people already in the military will be affected by the ban.

The people who work with Donald Trump to govern America have not put together a plan of how this ban will work. 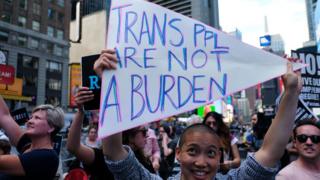 Some people agree with President Trump and think the money should be better spent on other things.

However, some groups and campaigners believe that Mr Trump's decision is wrong and unfair.

They also believe that the reason for his decision - saving money - is not good enough as they think the American government spends money on many other things that could easily be cut instead.

What are the UK rules? 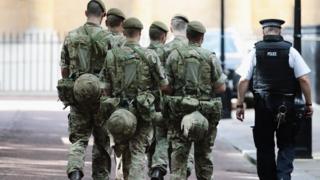 Transgender people are allowed to serve in the UK military and a lot of army officials have spoken out about President Trump's ban.

A spokesman from the Ministry of Defence told the BBC: "We are clear that all members of our armed forces play a vital role in keeping our nation safe. We will continue to welcome people from a diverse range of backgrounds, including transgender personnel."

Why has Donald Trump been told to 'grow up'?

Trump's US travel ban - what you need to know

US kids tell puppet Trump what they want from new president

Clinton and Trump explained in clay

Who are the Trumps?