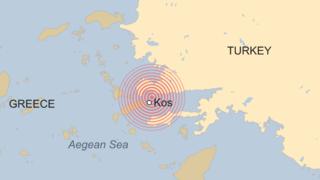 A strong earthquake has hit the Greek island of Kos, near the Turkish coast.

The quake hit in the early hours of Friday morning and was called a 6.7-magnitude quake.

On Kos, around 115 people were injured, and 2 people have died. Some buildings were damaged.

Turkey's health minister said 358 were hurt in the Turkish city of Bodrum, but none seriously. 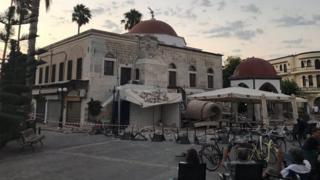