Luis Fonsi's summer hit Despacito has officially become the most-streamed song of all time - only six months after it was released.

It has been played 4.6 billion times on streaming services.

On YouTube, the video for the song has been viewed more than 1.8 billion times.

What is a stream?

Streaming a song is when you play it online on a special streaming service like Spotify or Apple Music. It takes 150 streams of a song to count as one sale in the charts.

It has also reached number one in 35 different countries.

The song was originally in Spanish, but became popular in the English-speaking world when Justin Bieber heard the song in a nightclub and asked to add a verse.

It has actually taken the record off Bieber's own song Sorry, which held the streaming title before. 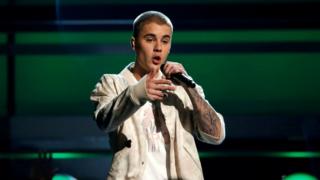 Reuters
Justin Bieber held the record for the most-streamed song with his hit Sorry, but it has now been overtaken by Despacito

Most streamed songs of all time

When asked why he thinks the song is so popular, 39-year-old Fonsi told BBC Music: "Obviously, it's a very catchy melody. The way the chorus starts Des-Pa-Ci-To is very easy to remember.

"And obviously you add Justin Bieber to that, and it brings another angle to all of this. But I wish I knew exactly what the secret was, so I could apply it to all my future songs!"

So which other songs have smashed amazing records like this track?

Fastest-selling UK No 1 single EVER

This record is held by Elton John and his song Candle in the Wind.

It sold 1.55 million copies when it was released as a tribute to Princess Diana, who died in 1997.

It has sold almost 5 million copies in total, making it the biggest-selling UK single ever too. 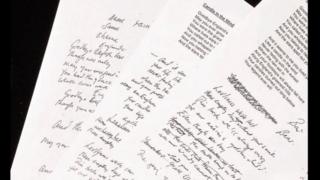 Christies
These are manuscripts for a special version of the song Candle in the Wind, written by Elton John for the funeral of Diana Princess of Wales
Most songs in the UK chart

Ed Sheeran didn't go breaking a record with just one song - but 14!

In March 2017, the pop sensation sent the charts into meltdown with the release of his new album ÷.

14 tracks from the album all went inside the UK Top 15, with Something Just Like This by Chainsmokers & Coldplay stopping him from having every single spot. 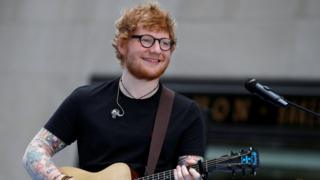 Reuters
After taking a year off, Ed Sheeran has had a huge amount of success in 2017
First single to hit 1 billion views on YouTube

Everyone knows the dance to this one - yes, Psy's catchy track Gangnam Style took the world by storm when it was released.

It was so popular that it became the first video to reach more than one billion views on YouTube.

YouTube had to even change how part of their site worked because it wasn't able to cope with such a high number of views! 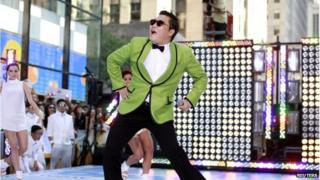 You might think that a song that has spent 40, 50, even 60 weeks in the UK chart would hold the title.

But no, Chasing Cars by Snow Patrol, which was released in 2006, has spent a whopping 166 weeks in the UK charts.

Its success is partly down to the fact it is used in TV programmes a lot. 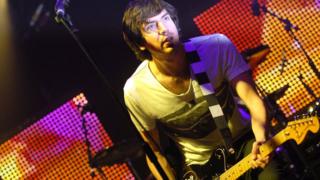 According to the Guinness World Records, the biggest singalong was by Young Voices and involved 293,978 people at 1,616 different places throughout the UK who all sang Lean on Me at 2:45pm on 9 December 2005.

We bet that would have been rather loud if they were in the same room!

First single to reach No 1 just because of downloads

It wasn't that long ago that in order to listen to a song at home, you would have to go to a shop and buy it on CD or record.

But technology has completely changed the way that we listen to music - especially now that songs can be streamed (as we've seen!) and downloaded.

Viva La Vida by Coldplay was not only Coldplay's first UK No 1 single back in 2008, but it also became the first single to reach No 1 without ever being released as a single in the UK on something you could physically buy, like a CD. 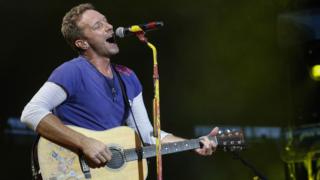 The track was released for BBC Children in Need back in 2001 and featured contributions from 3,616 schools in the UK. 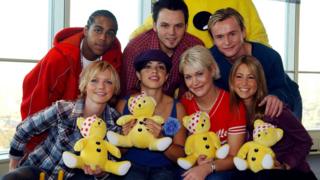 You might know Billie Piper as one of Doctor Who's companions.

But she used to also be a singer! And her song Because We Want To actually got her the record of becoming the youngest person to debut at No 1 in 1998, at the age of just 15. 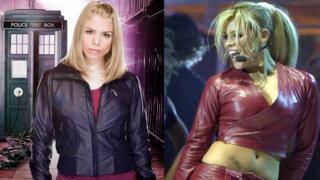 BBC; Press Association
The song Because We Want To helped Billie Piper to become the youngest person to debut at No 1
Shortest song in US charts

The shortest song to enter the US charts was just 45 seconds long!

PPAP - which stands for Pen-Pineapple-Apple-Pen - by Japanese artist Piko-Taro entered the Billboard Hot 100 in October 2016.

The music designed especially for cats