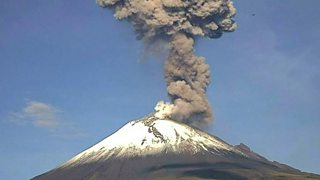 Watch as this Mexican volcano erupts!

Popocatepetl is a big volcano in Mexico and it's been erupting since Saturday - throwing lots of ash, water vapour and gas into the air.

It's made an ash cloud that reaches 2,000 metres above the volcano's crater.

That's more than five times the height of the Empire State Building in New York!

A huge crater is created on top of the volcano after the first eruption blows the top of it off.

People living nearby have been given advice about how to protect themselves from the ash.

There are more than 3,000 volcanoes in Mexico, but only 14 are considered to be active. 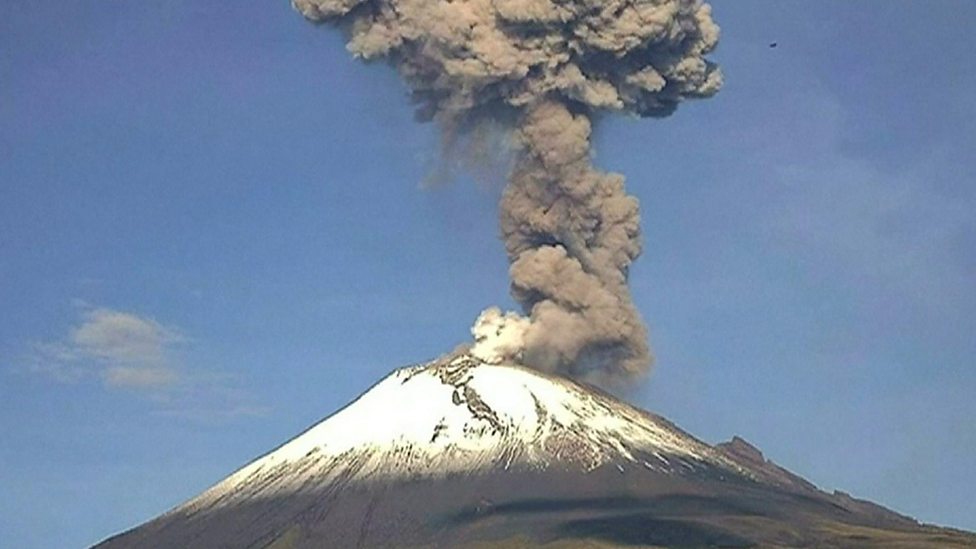 Watch as this Mexican volcano erupts!