Hundreds of flats evacuated in London to keep people safe 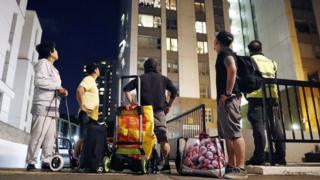 EPA
People have been asked to leave their flats at four tower blocks in London.

Around 4000 people were told to leave their homes in North-West London, because of worries over fire safety.

Camden Council said that people living in four tower blocks on the Chalcots Estate were asked to move temporarily for "fire safety works".

It's because a big fire happened at the Grenfell tower block last week. Some people are still being looked after in hospital, but sadly many people have died because of the fire.

Police and fire fighters think a covering on the outside of the building called 'cladding' might have helped the fire to spread more quickly. 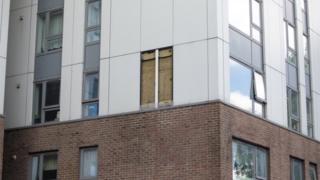 The buildings that have been evacuated have similar cladding to Grenfell, so the council have asked people to leave while it is taken off the buildings. 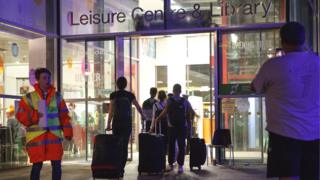 The council's leader, Georgia Gould said: "I know it's difficult, but Grenfell changes everything and I just don't believe we can take any risk with our residents' safety and I have to put them first."

She thinks the work will take around three to four weeks to complete. 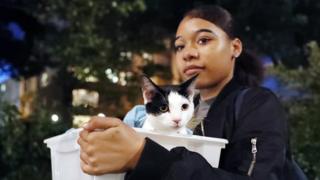 People will be able to go back to their flats at the weekend to collect things like clothes and toiletries under watch from the fire brigade.

Prime Minister Theresa May said: "My thoughts are with residents being evacuated in Camden while their homes are made safe tonight."

A big UK-wide investigation has been launched to find buildings with similar cladding to that used in Grenfell Tower, to make sure other buildings are safe.

The government says they will take action if there are any problems and says "Nobody will be living in buildings that are unsafe".