The Queen has been to meet people who have been affected by the huge fire at a tower block in London.

The fire started at around 1am on Wednesday morning at the Grenfell Tower in North Kensington.

Firefighters arrived at the scene in six minutes and the London Fire Brigade said they were able to rescue "a large number of people very early on".

Some people are still being looked after in hospital, but sadly many people have died because of the fire. 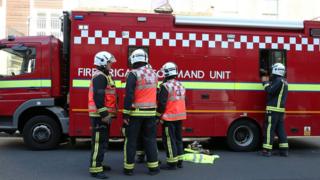 PA
Firefighters worked hard all night to put out the fire

Residents of the Grenfell tower have been left homeless by the fire and rescue centres have been set up for them.

Lots of people have helped out by donating clothes, bedding, toys, books and food at the centres. 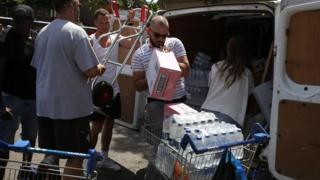 A wall with messages for those affected has been set up near the site and lots of people have lit candles. 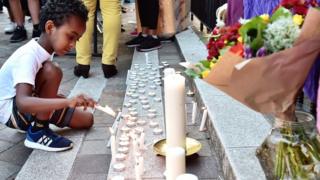 The government has promised to find new homes in the local area for all the people made homeless by the fire.

It has also said it will do "everything necessary" to ensure high rise blocks across the country are safe.

Lots of people are angry at the authorities and say such a big fire should have been prevented.

Police and firefighters are currently investigating the cause of the fire, to make sure it doesn't happen again.

The head of the London Fire Brigade, Dany Cotton, has described the fire as "unprecedented", which means that nothing like this has ever happened before.

If this or anything in the news upsets you, click here for advice.