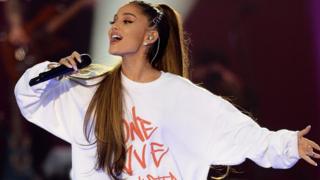 Ariana Grande is to become an honorary Mancunian.

She's going to be given Manchester citizenship even though she's from America.

It's the city's way of saying thank you for Ariana's amazing work organising the One Love concert in Manchester, in aid of victims of the bombing at the Manchester Arena on 22 May.

The concert, which featured artists like Katy Perry and Justin Bieber, raised almost £3 million to help victims and their families.

If anything in the news upsets you, click here for some advice.