Who are the DUP? 6 things you need to know 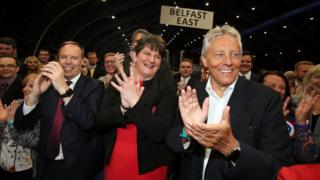 Getty Images
The party celebrated their successes as results were announced

The results of the UK's general election are in... but there wasn't a clear winner. Although the Conservatives won the most seats, they didn't win enough to make a government on their own.

Instead they will have to get the support of another party, so that together they have enough seats to make a government.

And the party that everyone is talking about now is the Democratic Unionist Party (DUP) who Theresa May says will work with the Conservatives to help form a government for the UK.

So who are they? Here's what you need to know.

The DUP only represent Northern Ireland 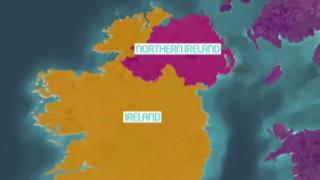 Northern Ireland shares a border with the Republic of Ireland

Because the DUP are a party that only stand for election in Northern Ireland, you may not have heard of them unless you live there.

Northern Ireland has several parties that only take part in the elections there.

It was created in 1971, and is 'Unionist' because it supports Northern Ireland being a part of the United Kingdom, instead of being part of the Republic of Ireland. 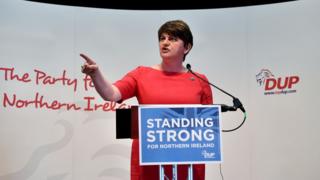 The DUP won 10 seats, meaning that they will have 10 MPs representing them in Parliament.

That's two more than they won in the last election, so it's a good result for them.

And it's not their first election of the year - there was another election in March, for the Northern Irish Assembly which looks after things like schools and hospitals there.

The party are pro-Brexit, which means they support the UK leaving the European Union, which is the same as what the Conservatives think.

But they are worried about what will happen to the border of Northern Ireland, because it's the only part of the UK which shares a land border with a country that's part of the EU - the Republic of Ireland.

Some of their policies are controversial 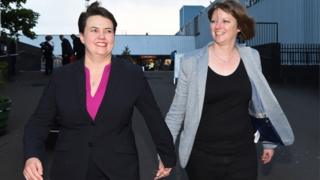 The DUP have a reputation for strong, conservative views.

They disagree with same-sex marriage, and have always worked to stop it being made legal in Northern Ireland, even though it is legal in the other countries of the UK.

Ruth Davidson, who is the leader of the Conservative party in Scotland, and is gay, said that the Prime Minister had assured her that gay rights in the rest of the UK would not be affected by the Conservatives' new relationship with the DUP.

Supporting the Conservatives could be good news for the DUP 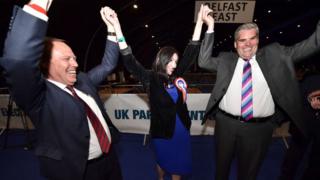 If they support the Conservatives, it won't just be good for Theresa May - the DUP will also be expecting to get something in return.

They'll be hoping to influence the government's plans for Northern Ireland, and to get a better deal for people there.

Hung Parliament: What does it mean?

The election results... in emojis!