Why do we hold a minute's silence?

People across the UK are holding a minute's silence today, for those who died in the fire at the Grenfell Tower block in London last week.

A minute's silence has also been held for the attacks in Manchester and London Bridge in recent weeks.

But why do we hold a silence to pay tribute in this way?

It goes back to World War One

In the UK, the first recorded national silence was held on Armistice Day in 1919.

Armistice Day was the day that World War One ended, on 11 November 1918. 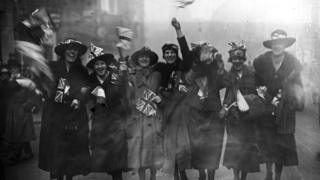 Getty Images
In this photo, a group of women wave flags on Armistice Day, when World War One ended

In November 1919, King George V issued a proclamation that called for a two-minute silence.

"All locomotions should cease, so that, in perfect stillness, the thoughts of everyone may be concentrated on reverent remembrance of the glorious dead," he said.

All locomotion should cease means that all movement should stop, so everybody should stand or sit still, whatever they are doing. So it was about more than just not talking. 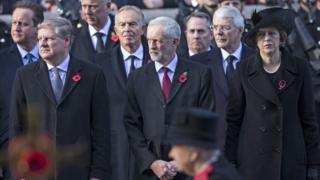 Since 1919, on the second Sunday of November (otherwise known as Remembrance Sunday), a two-minute silence is held at 11am at war memorials, cenotaphs, religious services and shopping centres throughout the country to remember all those killed in conflicts.

While holding a period of silence remains the traditional way to pay tribute and show respect, in some cases where it is appropriate, a round of applause is used to celebrate somebody's life - for example, to remember sports stars who have passed away. 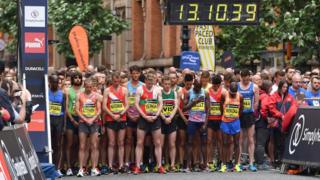 Getty Images
At the start of the Great Manchester Run this year, runners at the start line held a minute's silence in respect to those who had been killed or injured in the recent attack at the Manchester Arena

Sports writer Richard Williams explains that Italian people have been doing this for a while.

"I think it's a good idea when the person is someone whose achievements were accompanied by the cheers of vast crowds," he says.