What is the Paris climate deal and why has Trump pulled the US out?

US President Donald Trump has announced a big decision on climate change.

He's pulling America out of the Paris agreement on climate change. But what does it all mean?

What is the Paris agreement?

In 2015, there was a huge international deal to do something about climate change.

It was agreed by leaders from 195 countries at a big meeting in Paris, France.

Among them was Barack Obama, who was the US president at the time.

He said that the deal offered "the best chance we have" to save the planet. 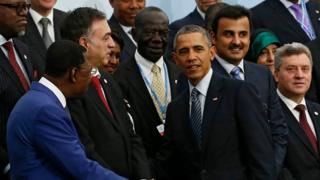 EPA
Barack Obama was at the Paris climate change talks in 2015
What was agreed?

Among the things agreed in Paris were:

Why has Trump pulled out of the deal? 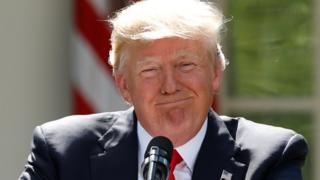 President Trump said on Thursday that the deal "punished" the US, and would cost millions of American jobs, such people who work in coal.

He said he was fulfilling his "duty to protect America and its citizens".

But he added that he was prepared to try and figure out a new agreement, or change the conditions of the Paris deal. However, that's been ruled out by other leaders.

Why is it a big deal?

It's a big deal because of the impact that the US has on climate change.

Apart from China, the US produces the most greenhouse gases of any country in the world. These gases can contribute to climate change.

Only two countries chose not to sign the deal in 2015 - Syria and Nicaragua.

How has the world reacted? 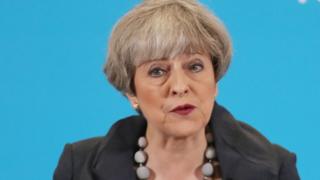 Many leaders around the world are unhappy at Trump's decision.

UK Prime Minister Theresa May told Mr Trump in a phone call that she was disappointed, and said that the UK was committed to the deal.

However, some people think she should have been stronger in her criticism. 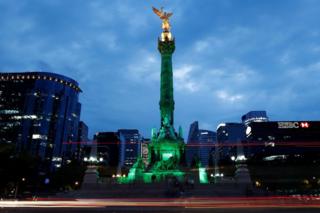 French President Emmanuel Macron called Trump's decision "a mistake" and said that we all share responsibility to "make our planet great again".

Former US President Barack Obama said that Trump and his government were "rejecting the future".

But people in Trump's party, the Republicans, supported his decision, as well as people who work in the coal industry in the US.

Paris Climate Talks 2015: What was agreed by world leaders?