New Gareth Bale statue from artist who did THAT Ronaldo one 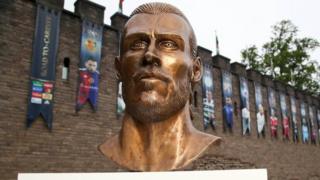 It's a statue of Real Madrid footballer Gareth Bale, which has been created by the same sculptor who made THAT bust of Cristiano Ronaldo.

It was revealed in Cardiff, Wales, ahead of the Champions League final there this Saturday.

The artist, Emanuel Santos, said: "I'm very happy. I feel very proud of it. For me, it's an honour to make Gareth Bale because he's a great player." 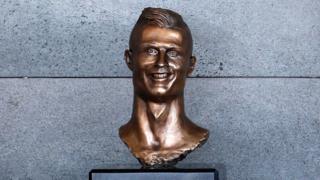 Do you think the new bust of Bale looks more like him than this one does of Ronaldo?

When Ronaldo's was revealed in March, some people weren't sure who it was supposed to look like! 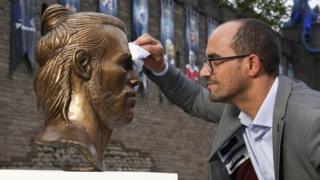 The Bale statue is worth around £25,000 and weighs 40kg - heavier than the one of Ronaldo.

The Champions League final is at the National Stadium of Wales, and Real Madrid will take on Juventus.