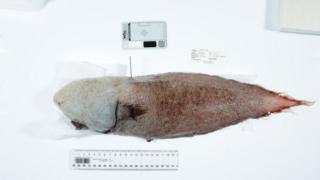 An international team of scientists on a deep sea research voyage have found some rather strange creatures, including a "faceless" fish.

They've been using special cameras to look deep underwater off the coast of eastern Australia, around 4,000m below the surface.

At this depth, there's huge pressure, no light and it's extremely cold so animals there have evolved and found different ways to survive.

Chief scientist Tim O'Hara says it's "the most unexplored environment on Earth". 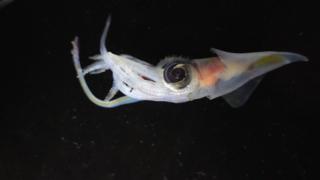 His team say that around one-third of what they've found are new species.

The faceless fish doesn't have any eyes, you can't see its nose, and its mouth is found underneath its body.

It has been recorded once before, in 1873, by the pioneering scientific crew of HMS Challenger off Papua New Guinea.

The 340-year-old cheese found on shipwreck off Sweden

Will football come home for England...again?

More Scottish pupils to return to school before Easter