Messages of love and support for Manchester 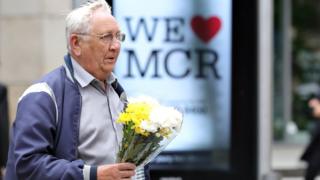 People around the UK and all over the world are sharing messages of love and support following the attack in Manchester on Monday.

Twenty-two people were killed and many more injured in the attack, which took place after an Ariana Grande concert.

After the attack happened, the emergency services and many other people in Manchester came to help those in need.

There have been many stories of positivity, love and support shown by all those who have been helping the city to deal with what's happened.

Many people have shared heart-felt messages for those involved in the attack on social media, saying that their thoughts are with those affected. 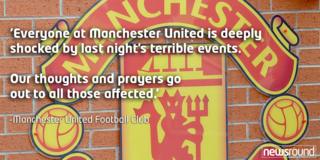 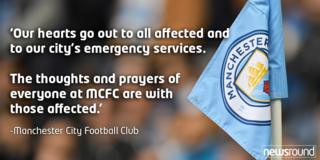 US President Donald Trump has called those involved in attacks like this "losers" and offered his prayers to the people of the city. 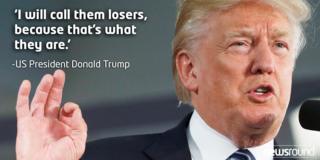 People have also laid flowers in memory of those who have lost their lives in the attack.

In the photo below, a woman in Kiev, the capital of Ukraine, is seen laying flowers outside the British Embassy there - which is 1,400 miles away from Manchester. 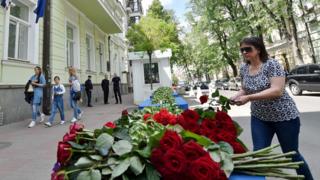 One way that people are showing their respect to those who lives have been lost or affected by the attack is lowering flags so they are at half-mast. 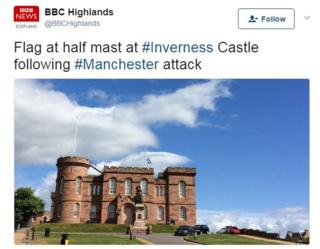 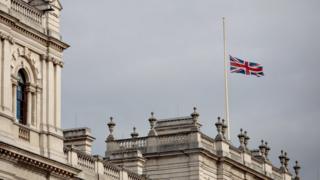 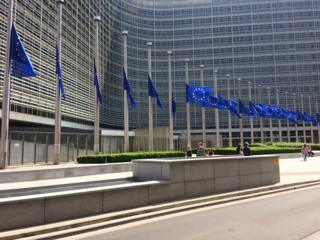 The Prime Minister Theresa May said: "The police and emergency services have, as always, acted with great courage, and on behalf of the country I want to express my gratitude to them."

She said around 400 polices officers worked through the night, and many more doctors nurses "worked valiantly" and "tirelessly" to save lives and care for people.

"We saw the best of humanity in Manchester last night."

@jeremycorbyn
The people of Manchester

As well as the emergency services, many other people rushed to do what they could to help.

Nearby hotels opened their doors to help people and taxi drivers came out to work for free, to give people a lift home.

The day after the attack, queues of people were seen in the city waiting to give blood to help the medical services. 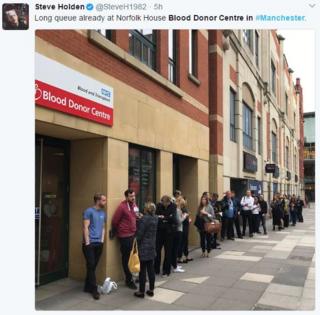 The Queen has expressed her sympathy for those affected and her "admiration for the way people of Manchester have responded with humanity and compassion."

Andy Burnham, the mayor of Greater Manchester, said: "I want to thank the people of Manchester. They gave the best possible immediate response to those who seek to divide us.

"It will be that spirit of Manchester that will prevail and hold us together." 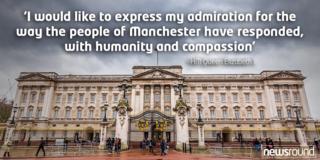 A website has been set up to raise money to support families of people killed and injured in the attack. So far, over £770,000 has been raised.

Theresa May said: "The attempt to divide us met countless acts of kindness that brought people closer together and in the days ahead those must be the things we remember...The spirit of Manchester will never be broken." 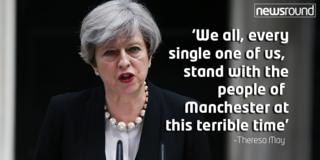 "Every single one of us stands with the people of Manchester."

For more help if you are upset by the news, please follow the advice on this page.

What happened on Monday night?