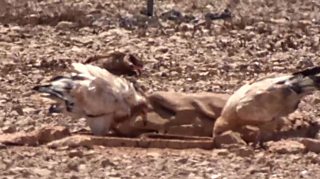 It may sound silly, but a species of vulture have been spotted trying to "bronze" their feathers red.

Egyptian vultures have a yellow face and white feathers.

But a group of scientists studying the birds were surprised to see them dip their heads in soil and rub it from side to side, to dye their head, neck and chest darker.

These birds are found on Fuerteventura in the Canary Islands, off the coast of west Africa.

The idea of animals painting themselves - in this case by taking a mud bath - is called "cosmetic colouration".

Scientists say it's a rare phenomenon among birds, and have been trying to figure out why the vultures are doing it.

They think the birds might do it to show their importance and authority to other birds of the same kind, or to make themselves more attractive to a potential mate. 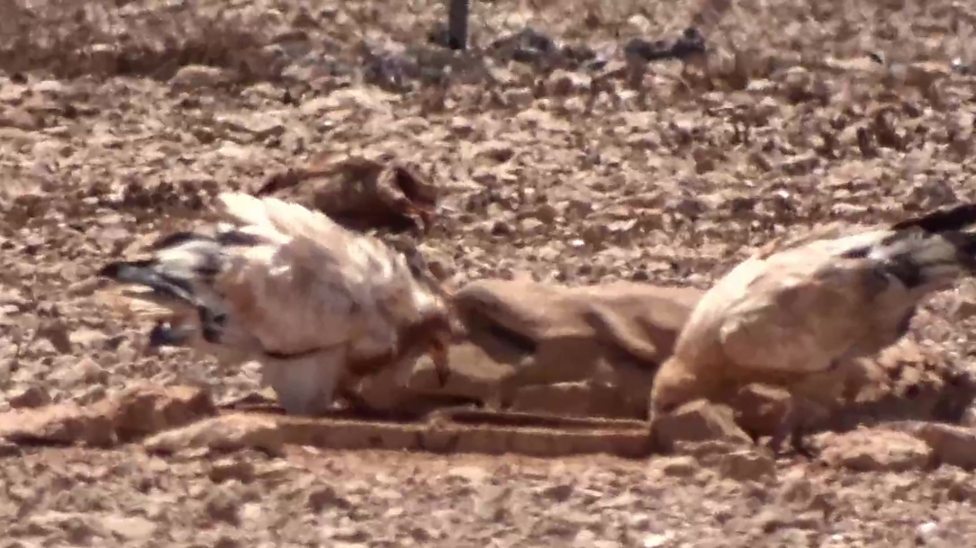