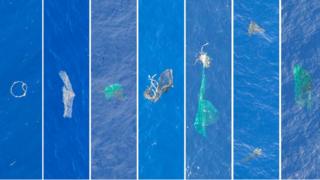 The Ocean Cleanup
How do you clear up scattered rubbish like this, across an entire ocean?

Plastic rubbish dumped in the sea causes big problems for sea life, and can pollute the water we drink.

But a new invention could provide the answer to cleaning up the ocean - by sifting off all the rubbish.

The Great Pacific Garbage Patch is a massive area of ocean in America between California and Hawaii, where loads of plastic waste gathers.

Now a Dutch company hopes its idea will make cleaning up the rubbish a much quicker and easier job.

What is the Great Pacific Garbage Patch?

Millions of tonnes of rubbish end up in the oceans every year, and most of it comes from the land.

For example, litter gets swept into drains and ends up in rivers - so that plastic straw or cup lid you dropped could all end up in the sea.

And because most plastic isn't biodegradable - meaning it can't easily be broken down - it may be stuck there for many years. 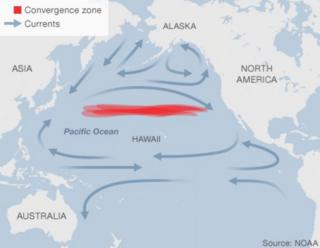 The plastic is carried by currents and goes into one of the world's five revolving water systems.

These water systems are called gyres, and the Great Pacific Garbage Patch is the most famous one - half way between Hawaii and California.

It also has another name - the Pacific Trash Vortex.

Not everyone agrees on its size, but it has been called the largest rubbish dump on Earth.

So, what's the big idea? 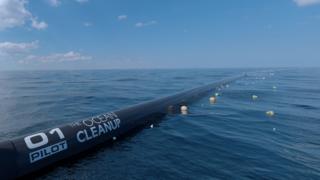 The main idea behind the Ocean Cleanup is to let the ocean's currents do the work.

U-shaped floating barriers are attached to the ocean floor by anchors, but fish and animals can still swim underneath it without getting trapped.

The barriers will move more slowly than the plastic and act as "artificial coastlines", picking up rubbish as they go.

Then the floating plastic is forced to a collection point, where it can be taken out and shipped to shore for recycling, into things like sunglasses and car bumpers. 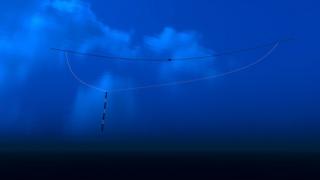 The idea came from Boyan Slat, a 22-year-old from the Netherlands, who created the Ocean Cleanup back in 2014.

Back then he said he hoped to clean up 42% of the ocean's rubbish in 10 years.

Since then he's developed his original idea into this one, which he says will cost less and make the clean up much faster.

His new aim to is to remove 50% of the Great Pacific Garbage Patch in just five years.