General election 2019: What do Members of Parliament do? 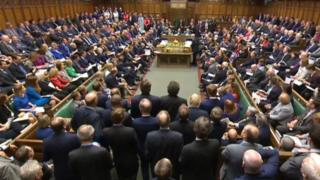 PA
This is where MPs work in the Houses of Parliament. Find out more below

There will be a general election in the UK on 12 December.

A general election gives adults in the UK the chance to have a say on who runs the country.

They do this by voting for an MP to represent them and be their voice in Parliament (in the picture above).

You can find out more about how MPs get their jobs - and how a general election works - here.

But to find out more about what MPs do once they've got the job, read on below.

More on the General Election

Watch Hacker find out how you become an MP?

What is an MP?

MP stands for Member of Parliament. He or she is a person who represents a particular area of the country in parliament.

The UK is divided into 650 of these areas, called constituencies - and there is an MP for each one. So that makes 650 MPs in Parliament in total. 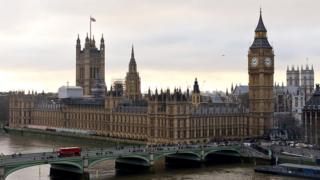 Getty Images
When MPs meet together, they do it here in the Houses of Parliament in London, in something called the House of Commons

They meet together in the House of Commons, which is part of the Houses of Parliament in London.

What do MPs do?

MPs split their time between working in Parliament and working in their constituency.

When they are working in Parliament, they can suggest and consider new laws, and take part in important votes on how the country is run.

Most MPs belong to groups called political parties - for example, the Conservative Party or the Labour Party 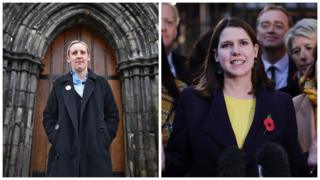 Getty Images
Mhairi Black (left) of the Scottish National Party was the youngest MP in the House of Commons and Jo Swinson (right) is the leader of the Liberal Democrat Party - both will be trying to convince people in their local areas to vote them back into Parliament in the 2019 general election.

They can also bring up issues that matter to people in their constituency with important members of the government.

They might do this by asking a question to a politician on one person's behalf or they might bring up a topic in the House of Commons that is important to people who live in their constituency.

Some MPs who belong to the party (or parties) in power at the time will be given special jobs in the government, on top of their role as an MP.

They will be made government ministers and asked to look after particular areas of how the country is run - for example, health or education. 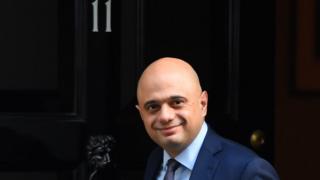 Getty Images
Sajid Javid has served as MP for Bromsgrove since 2010 and as Chancellor of the Exchequer since 2019 - the Chancellor is in charge of how lots of the UK's money is spent and lives at 11 Downing Street, next door to the Prime Minister.

When MPs are working in their constituency, they will often hold special meetings called surgeries, at which members of the public can go to meet them if they have something they want to talk to their local MP about.

They will go along to public events, and visit local schools and businesses, so they can better understand what matters most to the people they represent. It also helps local people to get to know their MP.

What do MPs have to do with you?

When MPs come together in the House of Commons, they will debate and vote on issues that are important to the country.

This might be to do with rules in schools or how much money your parents have to spend on things, so these things can affect you. 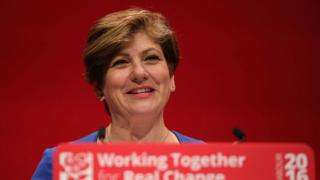 Getty Images
Emily Thornberry belongs to the Labour Party and has had several important roles in the party. In this general election, she is a candidate to be an MP for an area of London

Currently, there aren't any MPs as Parliament has been "dissolved" ahead of the election.

Click on the link to find out more about what this means, but it's a bit like the end of term has happened.

All over the UK, the people who want to be MPs - called candidates - are currently working very hard to convince people to vote for them on 12 December.

While you cannot vote yet, when you turn 18, you will be able to vote in the general election to choose who you want to be your MP.