More than 80 schoolgirls are back home with their families this week, three years after they were taken from their school in Nigeria, Africa.

276 girls were taken by an extreme Islamist group called Boko Haram in 2014.

The Nigerian government say 82 girls were released over the weekend after talks with the extremist group.

The girls were sent to a secret location in the capital city of Abuja to be looked after by officials.

What happened to the Chibok girls? 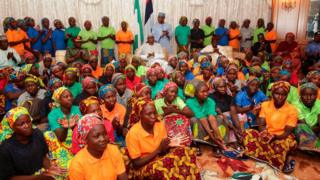 They were in the north of the country, an area called Chibok, Borno state. Parts of that area are dangerous because of fighting between the Islamic extremist group Boko Haram and the government of Nigeria.

Boko Haram took the girls because they are against children - especially girls - getting an education, like they do in the UK. 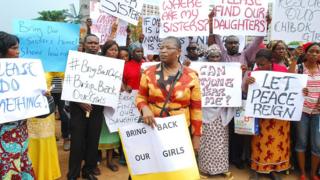 At the time people all over the world who were shocked by the story and they started a campaign called #BringBackOurGirls.

Many of the girls have managed to escape or been freed since then, but more than 100 are still missing.

Missing Nigerian girl found after being kidnapped by Boko Haram