What is a mugwump and why is the name in the news? 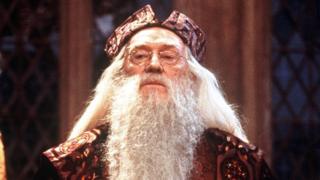 AFP
Albus Dumbledore was a mugwump for a while, but he lost his position as head of the International Confederation of Wizards

There's going to be a general election soon - which usually means that politicians start being a little less friendly to each other.

Conservative politician Boris Johnson came up with a very unusual insult for the lead of the Labour Party, Jeremy Corbyn. He called him a 'mugwump' - but what does it mean?

Well, you might know the word from the Harry Potter books. The Supreme Mugwump is the title of the head of the International Confederation of Wizards.

Albus Dumbledore was appointed Supreme Mugwump, but the Ministry of Magic took his position away when they didn't believe him when he said Voldemort had returned.

But actually the word existed long before the books were written. It was in use over a hundred years ago.

The Oxford English Dictionary says that a mugwump is someone who stays independent, especially when it comes to politics.