Comment: Do your parents check their phones too much? 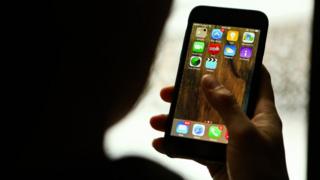 Kids are worried that their parents are checking their phones too much, according to a new survey.

More than a third of 11 to 18-year-olds who responded said they had asked their parents to stop checking their devices.

And one in five said using mobiles stopped their families enjoying each other's company.

The research was carried out by Digital Awareness UK and the Headmasters' and Headmistresses' Conference.

But what do you think - are your parents checking their phones and tablets too much?

We do not think this is a problem with our parents. We are talking face to face during meals and when we chill in the evenings.

Our dad plays it too much, he sits and plays Mobile Strike all day.

My dad spends long on his phone.

My mum is always on her phone or computer and often when I ask her something she will not answer me and she complains that I am on my phone to much.

My dad spends a lot of his time on his phone but he says I spend too much time on my tablet.

I don't think that my parents are on their phones too much. My dad has to be on his phone a lot for making work calls and sending emails. But I understand that.

My mum and dad use the phone sometimes.

My mum always uses her phone all the time and it's kind of boring when you want to play with them.

I think my mum spends a normal amount of time on her phone but sometime she blames me for using my phone to much!

I have asked my dad to stop loads of times he's on Facebook right now!

Thank you for all your comments this chatpage is now closed.

In pictures: Mobile phones through the years

Comments: 'Sharenting' - do your parents post pics of you on social media?