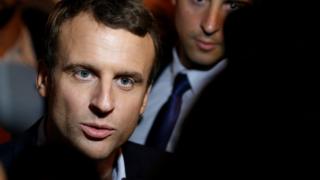 Emmanuel Macron is the new president of France.

French voters chose between him and Marine Le Pen to be the leader of their country on 7 May 2017.

Who is Emmanuel Macron?

Unlike Marine Le Pen, Emmanuel Macron had never tried to be president before.

He used to be a banker, before becoming an economic advisor for the former president, Francois Hollande. He then got the job of economic minister (which is more senior) in 2014. 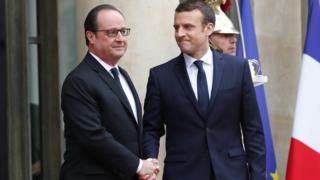 Despite being a minister for the Socialist party, in April 2016, he set up his own political movement called En Marche!. This means On the move! in French.

Many people did not agree with what he was doing and became cross with him.

He ended up resigning from the government in August 2016. He said it was "a new step in [his] battle and to build a project... that isn't compatible with being in government".

While he had not yet officially said that he would be running for president, people had a good idea that this was what he was doing.

He later confirmed that was exactly what he was up to.

Both Emmanuel Macron and Marine Le Pen made France's presidential election one of the most interesting in a long time.

One of the main reasons was that neither of them belonged to one of the two main political parties in France, which - between them - were in charge of France for more than 50 years. 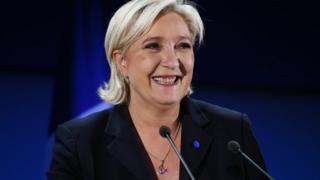 Emmanuel Macron has also never been elected as an MP before (called députés in France).

He is 39 years old, which means he is one of France's youngest ever presidents.

What does he want?

Macron has said there are certain things he would like to achieve as president. For example:

Who do French children think should be president?

Your quick guide to the French election