Great British Bake Off 2017: Everything we know so far 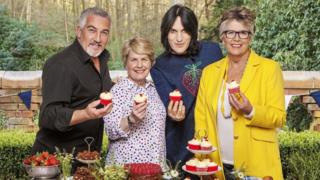 It's all change on The Great British Bake Off.

The hit baking show was snapped up by Channel 4 after the BBC lost the contract with the company who make the hit programme, Love Productions, last year.

Since then, the show's lost a couple of presenters and a judge so it's easy to lose track of what's been happening in the famous baking tent.

Newsround has everything you need to know so far about the new series.

Who will be presenting the new series? 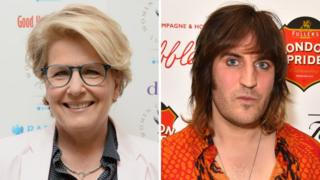 Original Bake Off presenters Mel Giedroyc and Sue Perkins stepped down from presenting duties after it was announced that the show was moving to Channel 4.

Taking over from them are Sandi Toksvig and Noel Fielding.

Comedian and writer Sandi currently presents the quiz shows Fifteen to One and QI.

Noel is also a comedian, who has starred in several comedy shows. He played Ed Banger in the Horrid Henry movie.

Who is on the new Bake Off judging panel? 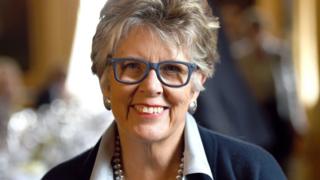 Paul Hollywood remains as a judge on the hit show and he will be joined by food writer Prue Leith.

The 77-year-old had previously revealed she would "love" to take over from Mary Berry as a judge.

Mary stepped down after seven years checking that cakes didn't have soggy bottoms.

How long will the new TV programme be?

The new Great British Bake Off is to be 75 minutes long when it moves to Channel 4 later this year.

The extra 15 minutes will mean that fans will still get an hour of the show, not including adverts. 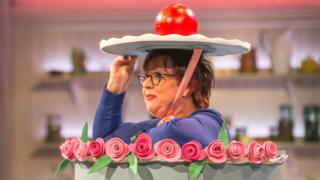 Comedian Jo Brand has also announced she will join the channel with her spin-off programme, The Great British Bake Off: An Extra Slice.

Brand described herself "as a completely mediocre baker... but lover of all things spongy and tarty". 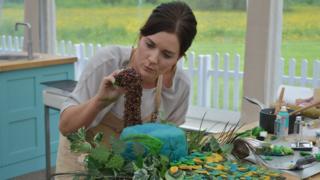 Channel 4 confirmed the next series of the Great British Bake Off would be broadcast later this year.

The last series launched in late August on BBC One, so it could be a similar start this time around too.