Could there be life on newly discovered planet?

Space scientists are getting extremely excited about a planet they've just discovered, as they think it it could be a real game-changer as they search for signs of life in outer space.

The planet, which is called a super-Earth, orbits a red dwarf star 40 light years away.

Nasa explains: "Super-Earths are exotic planets unlike any in our solar system. They are more massive than Earth yet lighter than gas giants like Neptune, and they can be made of gas, rock or a combination of both."

The European Southern Observatory has said that the planet called LHS 1140b is the "best candidate" they've discovered for signs of life.

This is because the planet is located at a particular distance from the star which means that liquid water could exist on the planet, which is needed for life to exist. This is called the Goldilocks zone, because the conditions are just right.

The experts think that the planet might have had a magma ocean, which could have fed steam into the atmosphere. This may have resulted in water on LHS 1140b. 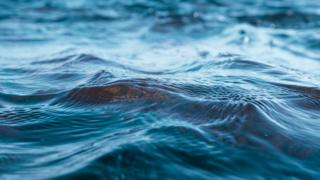 "This is the most exciting exoplanet I've seen in the past decade," said space expert Jason Dittmann. "We could hardly hope for a better target to perform one of the biggest quests in science - searching for evidence of life beyond Earth."