Flights of fancy, bird nests in the strangest places 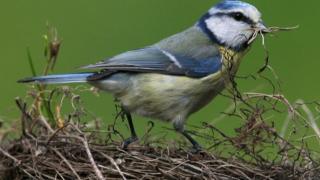 Reuters
It's thought blue tits, like this one, are inside a postbox in Essex.

Birds make their homes in all sorts of locations - here is Newsround's pick of some of the more unusual places they've chosen...

A pair of blue tits appear to have moved into a post box in Essex. Royal Mail has put up a notice asking people to use other post boxes in the area instead after the birds were spotted inside. 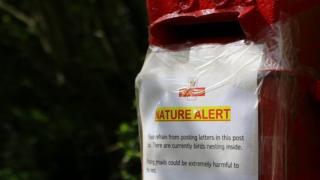 The new home for the blue tits

It's not just post boxes. Last year a 10 metre tall Christmas tree in Kent had to wait to be taken down thanks to a dove nesting in its branches. 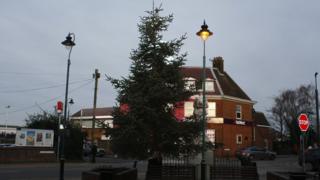 Paddock Wood Town Council
This Christmas tree couldn't be taken down because of the bird living in it.

Council workers discovered the bird when they started taking down the tree's decorations.

The collared dove had settled into her festive home and laid eggs, so work was immediately stopped so that she wouldn't be disturbed.

2) In the middle of a footpath

Or why not just in the middle of a path?

A footpath in Norfolk unveiled by Sir David Attenborough was forced to close just three days after opening, because a bird made its nest there.

An oystercatcher liked "Attenborough's Walk" so much that it decided to move in. 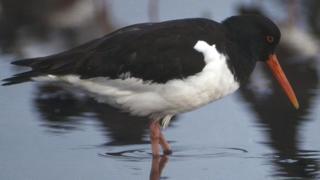 RSPB
An oystercatcher like this decided a footpath was the best place to move in.

Christmas trees seem to be popular - this robin made its home in one that stood inside Liverpool Cathedral.

It's thought it got into the branches while the tree was being stored outside and staff at the cathedral only noticed the robin after the tree was put up inside. 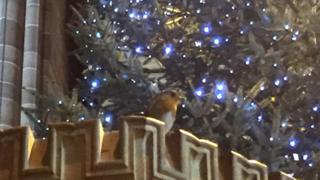 It's not just inside, at Norwich Cathedral a breeding pair of peregrine falcons nested on its spire outside.

They originally made their home there back in 2011 and must have liked it so much they decided to stay put!

Here's a clip of them in 2014 with their recently hatched chicks.