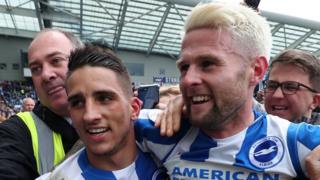 Brighton are celebrating - the football team's won promotion to the Premier League.

Their win against Wigan and then Huddersfield's draw with Derby mean Brighton have done enough to reach the top league of English football again.

But how much do you know about this football team?

The last time Brighton were in the top league of English football was back in 1983. Even though they were runners-up in the FA Cup that season they didn't do enough to avoid relegation. 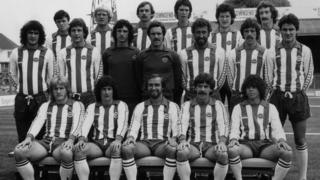 Getty Images
Didn't they look different in 1979? From then until 1983 Brighton were playing against the best teams in England
2. They're called the Seagulls

The team are nicknamed the Seagulls and the bird is on the club's emblem - very fitting for a city where you'll often see seagulls at the beach. 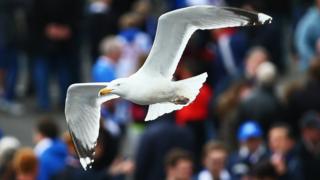 Getty Images
Was this seagull celebrating at the team's home stadium?
3. They've bounced back from tough times

Twenty years ago things were very different for Brighton. Things were going downhill and they had to fight to even stay in the Football League.

4. They had to sell their stadium

They managed to avoid relegation, but they had to sell their stadium to pay off their debts. This meant the team had to train at a stadium 70 miles from Brighton for two seasons! 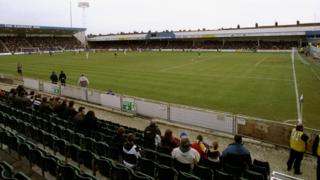 Getty Images
Brighton's team had to train at Gillingham's Priestfield Stadium 70 miles away for two seasons
5. Manager Chris Hughton does it again

Brighton is the second team that manager Chris has had promoted to the Premier League. 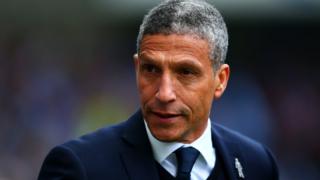 He was the boss of Newcastle United and took them up to the Premier League in 2010. But that didn't last long.

Now that Brighton are in the Premier League, how long will they stay?

'You can do it!' Foxes fans' messages to Leicester for Champions League