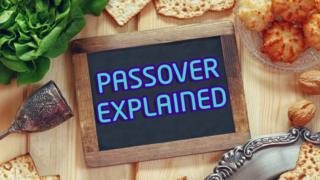 Jewish people all over the world are celebrating the festival of Passover.

It is one of the most important dates in the Jewish calendar, 2022's festival falls from 15- 23 April.

At Passover, Jewish people remember a story from a very long time ago.

They celebrate with family and special food is eaten to remember the story.

You can read about the story in the Book of Exodus, Chapter 12 in the Hebrew Bible called the Torah.

What is the story?

Over 3,000 years ago, a group of Jewish people called the Israelites were being kept in slavery by the ruler of Egypt called Pharaoh.

A man called Moses went to see Pharaoh many times to ask him to let them go, but Pharaoh refused. 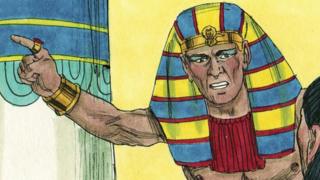 Moses told him that if he did not release them, God would make terrible things called plagues happen to the Egyptians.

But Pharaoh did not listen, so the plagues came.

These ten plagues included the River Nile turning to blood, frogs covering the land, insect infestations, animals dying, Egyptians getting skin diseases, the sun stopping shining and the first-born child in Egyptian families being killed by an angel.

Pesach is Passover in Hebrew, which is spoken in Israel and in many Jewish communities around the world

God is said to have told Moses to tell the Israelites to paint lamb's blood on their doorposts. This way, the angel would know that Jewish people lived there. It would pass over that house and not kill the first-born child.

This is where the name Passover comes from. 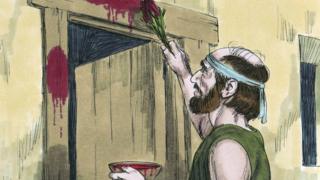 Getty Images
The Israelites were told that if they painted their doorposts with lamb's blood, then their first-born child would not be killed by the angel

For the last plague, even Pharaoh's own son was killed. He summoned Moses and told him to take the Israelites out of Egypt immediately.

Finally, after 200 years of slavery, the Jewish people were free.

People clean their houses very carefully, to make sure they get rid of any crumbs of chametz. These are crumbs from food that has been allowed to rise, like normal bread.

Jewish people aren't allowed to eat this during Passover. This is because the Israelites had to leave Egypt so quickly that they did not have time to let their bread rise, so food products that have risen are forbidden during Passover. 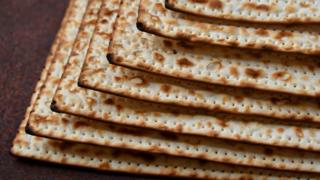 Getty Images
A special type of bread that hasn't been allowed to rise, called Matzah, is eaten during Passover

At the beginning of Passover in the evening, family and friends will get together for a meal and a special service called a Seder.

There is a special Seder plate which has certain things on it: 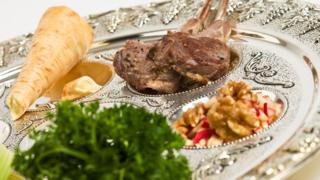 Getty Images
The Seder plate is laid out in a special order, with each food having a particular meaning

As Jewish people cannot eat bread that has risen, they eat a special type of flat bread which hasn't risen (known as unleavened bread) called Matzah.

During the meal, the door is also left open for the prophet Elijah, who is an important religious person, as it is believed he will come to announce the coming of the Messiah.

Families also read the Haggadah - a book that tells the Passover story - with songs and blessings. Children will ask questions and everyone will discuss the story.

For Jewish people, Passover is a big celebration of freedom and life.

What is Vaisakhi, or Baisakhi and how is it celebrated?