Pink Moon: Why the moon won't actually be pink in April

The full moon in April - known as the Pink Moon - will light up the skies on Saturday night.

The Pink Moon will reach it's peak around 7:55pm, and weather experts have said that skies in the UK will mostly be clear, giving people a good view of it.

However, don't worry if you miss it - The moon will appear full for a few more nights.

But will the Moon actually be pink?

Here's everything you need to know!

All you need to know about tonight's Snow Moon

Why is it called the Pink Moon? 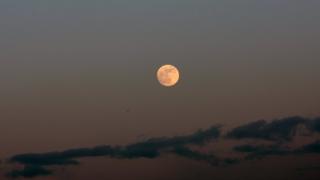 A full moon occurs every 29.5 days

In many cultures, including Native American tribes, people named the full moons throughout the year as a way to keep track of time.

So although April's full moon is known as the Pink Moon, don't expect it to look particularly pink!

It's named after pink flowers called wild ground phlox, which bloom in early spring and appear throughout the United States and Canada.

It is also called the Sprouting Grass Moon, the Egg Moon and the Fish Moon in other parts of the world.

Why is the Pink Moon special? 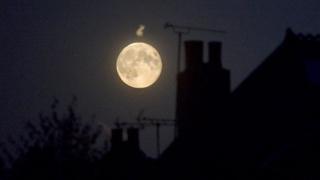 April's full moon marks important festivals and holidays for people around the world too.

The date of Easter is the first Sunday following the full moon, which itself follows the spring equinox. This year Easter falls on 17 April.

Hindus celebrate the birth of Hanuman in India in a festival called Hanuman Jayanti.

The April full moon will also mark the beginning of Jewish Passover.

Strawberry Moon: What is it and why does the Moon have different names?

Moon Landing: What are conditions like on the Moon?