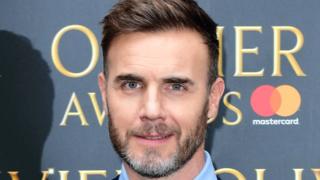 PA
Barlow is a huge fan of the Star Wars films

Take That star Gary Barlow has revealed he has a part in new Star Wars film The Last Jedi.

"I'm not a stormtrooper but I am in it," Barlow said. But he refused to give away any clues as to what part he would play.

The singer revealed the news on ITV's Lorraine show on Monday.

The Last Jedi follows on from The Force Awakens, featuring Rey and runaway stormtrooper Finn. The film is out in December 2017.