The Curiosity rover has been having tyre trouble on Mars 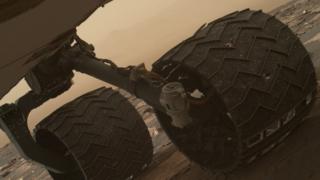 Nasa's Curiosity rover has been having a bit of trouble with the rough landscape on Mars.

Since 2012 Curiosity has been cruising around the red planet, and has now rolled across nearly 10 miles of its surface.

It's tyres are made of a super strong material called Aluminium - which is pretty tough!

However, the surface of Mars is incredibly rough and rocky and after five years of rolling, the tyres are starting to show signs of damage.

One of its tyres is missing some of its treads - or grousers as Nasa calls them - and has holes and dents in it. 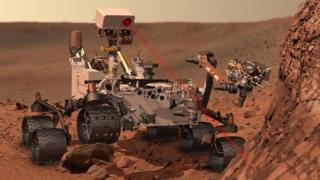 PA
An artist's drawing of the Curiosity rover on Mars

The good thing is, the rover has six tyres in total, and the Curiosity Project's Manager Jim Erickson has said that the other tyres are okay.

The Curiosity rover is currently in an area called the Murray formation in the region of Mount Sharp.

Scientists are hoping to try to reduce the damage to its wheels on its next mission by avoiding particularly rough routes.