Is it safe to eat food you've dropped on the floor?

Some people say if you drop something on the floor and pick it up in less than five seconds it's ok to eat, but is it safe?

He says that if food is not on the floor for very long it won't have time to pick up harmful bugs, so unless it's got dirt on it you can actually see it should be okay to eat. 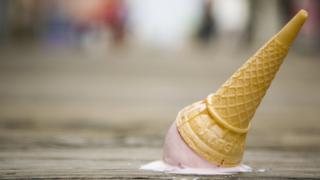 iStock
Sticky stuff like ice cream picks up more dirt when it is dropped.

It does depend on what type of food is dropped and on to which type of surface.

It's worse to eat food dropped on smooth floor surfaces like tiles, rather than from carpets, as more potentially harmful bacteria are transferred when things fall on them.

Also if something is sticky, like jam or ice cream, it will pick up more dirt. 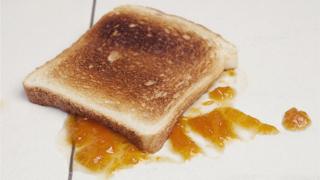 Lots of people do it, scientists asked people what they thought and 87% of people admitted they would eat, or had eaten, food from the floor.

But the best way to avoid getting bacteria on your food is not to drop it in the first place!

1 in 4 have traces of poo on their hands