The UK's Prime Minister Theresa May has officially started the process for the UK to leave the European Union (EU).

The EU is a group of 28 countries, which agree rules for all members to follow on things like trade - which is buying and selling goods - and immigration, which is people moving from one country to another to live and work.

Currently, the UK is a member of this group, but in June 2016 adults in the UK voted to leave. 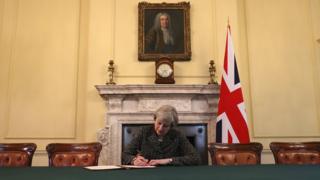 On 29 March 2017, Theresa May sent an official letter to the rest of the EU saying the UK wanted to begin talks to leave by triggering Article 50.

But what does that mean? And what happens now?

Article 50 explains how a country should go about leaving the EU if it no longer wants to be a member.

It is called triggering Article 50 because this is the name of an agreement between countries in the group that says how they can do this.

No country has ever left the group though, so nobody has ever put Article 50 into practice before - until now.

Prime Minister Theresa May has said Britain's departure from the European Union is "an historic moment from which there can be no turning back."

She added it was a "unique opportunity" to "shape a brighter future" for the UK. 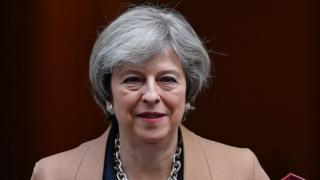 Now it's been triggered, the UK and EU leaders will have two years to discuss what their relationship will be like once the UK has left and to get everything sorted.

They need to come up with rules about how they will work together in future.

Everyone involved can have longer than two years to sort out how things will work, but only if all of the other 27 EU countries agree to it.

Once this whole process is over, the UK will officially no longer be an EU country.