Mary Poppins Returns: Everything you need to know 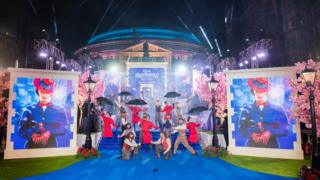 Mary Poppins Returns has now been released in UK cinemas.

It is the sequel to the original film, which came out in 1964 and was a story about a magical nanny who helps care for the Banks family's two children, Michael and Jane, in Edwardian London in 1910.

This follow-on, decades after her original visit, sees Mary return to help the now grown-up Banks siblings, and Michael's children, through a difficult time in their lives.

Of course we can expect more amazing stories about the magical nanny who turns ordinary tasks with the children, and adults she looks after, into incredible adventures.

Show us the trailer already!

Mary Poppins is one of the many films Disney are now rebooting. Earlier this year we saw a live-action Beauty And The Beast release.

Aladdin, Dumbo and The Lion King among others are all on their way in 2019 as well.

Who's in Mary Poppins Returns?

Mary will be played by actress Emily Blunt, who has previously been in The Muppets, Into The Woods, and Gnomeo and Juliet. 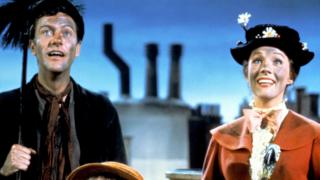 Whilst Julie Andrews will not be making a cameo, there are plenty of A-listers in this sequel, and many people excited to see the return of Dick Van Dyke, who appears as Mr Dawes Junior who worked at the bank in the original classic.

Fans of the original version will know Dick Van Dyke portrayed Mr. Dawes Senior, the father of the character he is now playing in the sequel, as well as the younger roof-top dancing sweep. 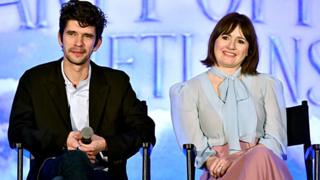 Alberto E. Rodriguez
Ben Whishaw and Emily Mortimier will be portraying grown-up Banks children Michael and Jane - the kids that Mary used to look after.

Other stars include Meryl Streep as Topsy-Turvy Poppins and Colin Firth is also joining the cast as Fidelity Fiduciary Bank's William Weatherall Wilkins.

Is it animation or live action?

Just like the original film there are sections of the film where Mary and the children go into imaginary fantasy worlds complete with special animated backgrounds and characters.

Loads of people who've seen it say a bath-time sequence in the film that leads the characters into an underwater world is especially amazing.

Will there be songs?

Yes, like the original film, Mary Poppins Returns is full of big song and dance numbers.

Will they be as catchy and famous as Let's Fly a Kite and "Chim Chim Cher-ee"? That would be a pretty big achievement, but we'll have to wait and see.

When is it out?

Mary Poppins Returns will arrive in UK cinemas on 21 December.

Which film memorabilia would you pay £££ for?