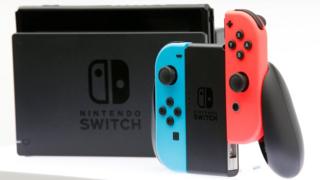 The Nintendo Switch console is launching around the world on Friday.

Here are five things you should know, so you're switched on about the news...

It's half home console, half handheld device

The Switch is designed to work as both a home console and a handheld device, like a DS.

There's a portable tablet-like gadget that becomes a home console you play on TV when it goes into the docking station.

It has detachable controllers

The Switch has control panels on the side, which can slide off in a similar style to the Wii remotes, using movement.

Plus there are accessories that will cost extra - like additional controllers or spare docks.

Some people are unhappy about the games on offer

The games on offer at launch include The Legend of Zelda: Breath of the Wild and Just Dance 2017.

But some fans have said there aren't enough games available.

The Switch's creators have defended themselves.

They told BBC Radio 1 Newsbeat: "We're thinking long-term about our release schedule - we wouldn't want to put everything out at first." 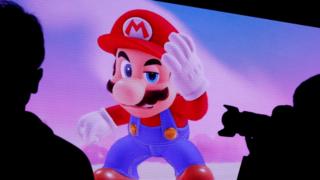 Bosses at the Japanese company will be hoping the Switch sells.

The last console, Wii U, didn't do very well against Sony's PS4 and Microsoft's Xbox One.

This time there's competition from the PS4 Pro, which was released in November, and Xbox's Project Scorpio - that's due later this year. Read more on those consoles here.